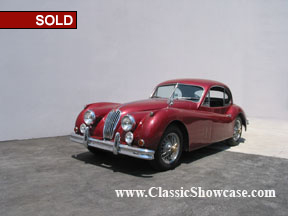 (SOLD) This numbers matching XK 140 MC FHC is a great candidate for restoration, and it has wonderful patina of originality. It has been kept mostly in its original condition, except for the paint and some re-upholstery work. This Jaguar has been in dry storage for over 20 years as part of a collection of cars. The SE model has performance features, which comes with a MC head, high compression engine, dual exhaust and driving lights. From the factory this Jaguar was originally Pearl Grey, with Dark Blue interior with grey piping as noted on the Heritage Certificate; however it is currently Maroon with a Black interior. It is accompanied by a California title, and the car is mostly complete. It has its original wood dash and trim. The interior is serviceable as is, and features an original period Blaupunkt push button AM radio. There is minor damage to the wood on the driver's side that would take a small amount of repair to make really nice. This Jaguar XK 140 MC would appeal to not only the Jaguar collector, but would be a great first time Jaguar for any connoisseur. The car is running, and driving, but will require a full service to make it road worthy. It is a great candidate for a Concours restoration. This is a very collectable model Jaguar, that will only increase in value, and makes for a great investment.

The XK 140 was introduced in October 1954, retaining the classic XK lines but with major changes in engineering and appearance. Inside the front seat and dashboard remained the same, but with considerably more leg room than the XK 120 because the engine block was moved forward on the chassis. There was also space behind the front seat. The Special Equipment models were designated "MC" and, like the car represented here, were fitted with wire wheels and Lucas FT576 fog lamps mounted above the front bumper. The dual exhaust system had two separate silencers and ran through holes in the chassis cross members, emerging below the rear overrides. 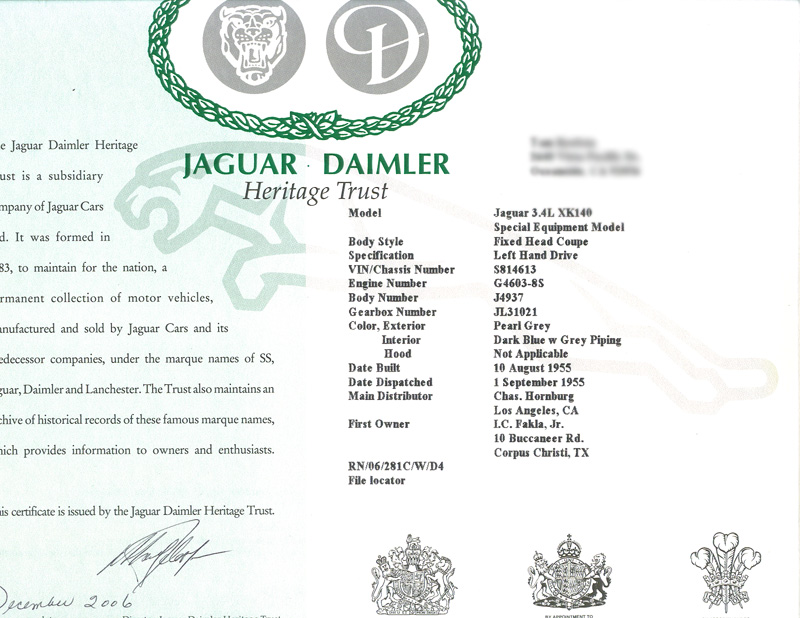