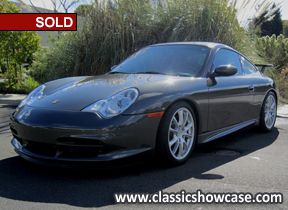 The Porsche 911 GT3 is a higher performance version of the Porsche 911 sports car. The current range (997) includes two road and three racing models. The GT3 has had a successful racing career in the one make national Porsche Carrera Cup series, The engine of the GT3 sets it apart from most of the other 996 models although it shares the same basic 3.6 liter displacement of the standard 996 type so-called "integrated dry-sump" flat-six engine. Along with those of the GT2 and Turbo, it is based on the original air-cooled 911's versatile, true dry-sump crankcase, with an external oil tank. The original version of the GT3 had 360 PS (265 kW; 355 hp), compared to the 300 PS (221 kW; 296 hp) of the regular 996.In GT3 configuration, this so-called "split" crankcase (meaning the parting line of crankcase is on the crankshaft centerline) uses, instead of a fan and finned cylinders, separate water jackets added onto each side of the crankcase to cool banks of three cylinders with water pumped though a radiator. Thus, the GT3 engine is very similar to the completely water-cooled 962 racing car's engine, which is based on the same crankcase. The 962 differs, however, by using six individual cylinder heads while the GT1/GT3, like the air- and water-cooled Porsche 959, uses two cylinder heads, each covering a bank of three cylinders. The GT3 engine could thus also be thought of as similar to a 959 engine, but with water-cooled cylinders. Up to early model year 2004 GT3 production, the basic casting used for the crankcase of the GT3 was the same as the air-cooled engine. The "964" casting number was visible on the bottom of the crankcase and on areas normally machined in air-cooled applications, but not in water-cooled ones. The crankcase casting was changed in mid-2004 to a "996" casting number crankcase to eliminate these external air-cooled remnants, but internally it was the same. Because the 911 air-cooled crankcase uses the Porsche 356 engine to transmission mounting flange configuration, the GT3 uses a manual gearbox also of air-cooled 911 heritage. This gearbox has interchangeable gear ratios and is more durable making it more suitable for racing than the standard 911 type 996 gearboxes. At 500 hp (373 kW)[1], the 4.0 liter flat-six engine in the 997 GT3 RS 4.0 is the most powerful six-cylinder naturally aspirated engine in any production car with a 125 hp (93 kW) per liter output. Limited slip differential, this is a street legal race car. 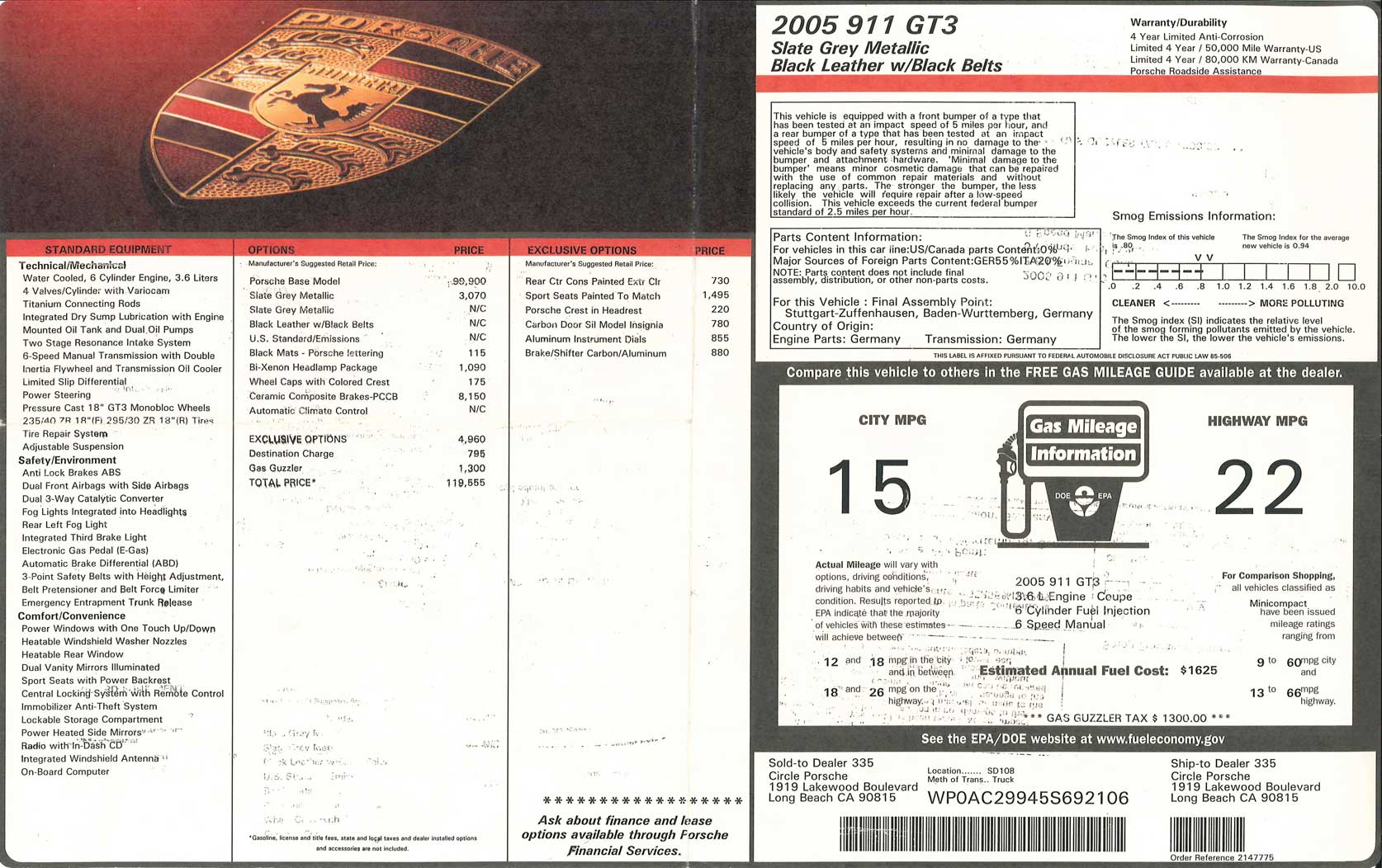