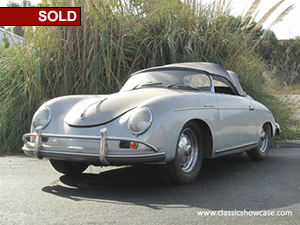 (SOLD) Just over 4,800 Speedsters were built and sold over the model's not-quite-seven year production life. 80697, the example offered here, is one of just 233 from the 1955 model year, and left the factory wearing white paint and a red interior. Its current owner states that it has been sitting partially disassembled in his Oregon garage for the past 13 years; prior to that it had been in dry storage for over a decade. The car appears reasonably complete, including its hard-to-find bumpers and over-riders, aluminum side trim, beehive taillights, and folding-top assembly. According to the owner, repairs to the usual rust in the floors and battery areas had been started by the previous owner. The car comes with new replacement floors and battery box ready to be installed, along with several boxes of small original parts. The nose clip may have been replaced earlier. The owner believes the Type 546/2 1500cc 60hp Normal engine, which has been removed from the car and disassembled, to be original; its number is correct for the model and year. The odometer registers 66,714 miles, which may be actual, since the car does not appear to have been driven since the late 1970s. Included with the car is a rare Plasticon fiberglass hardtops. While this Speedster is in need of a complete mechanical and cosmetic restoration, that task should be eased with the help of the large and enthusiastic 356 owner/restorer/part supply community. Speedsters have become an icon in the sports car universe, and good examples are much sought-after today. Prices have been rising steadily for almost a decade; this car presents a rare opportunity to acquire and restore a highly desirable milestone sports car. This car is offered with an Oregon Certificate of Title.

Mention the term "Speedster" to any automotive enthusiast today and a single name springs instantly to mind: Porsche's little open-top 356. Porsche's first American importer, Max Hoffman, had only the luxuriously-finished 356 coupe and cabriolet to sell, which were much more costly than the lower-priced MGs, Austin-Healeys and Jaguars that had caught the fancy of a growing US market. Hoffman urged Porsche to create a more spartan model to better compete with the British imports. The Speedster would offer a one-piece removable windshield, easily-detachable fabric top, side curtains in place of roll-up windows, and thinly-upholstered, ventilated shell seats. Hoffman's prediction was right on target; it was an immediate success, and soon the lightweight Speedster began to establish its prowess on tracks across the country, helping establish Stuttgart as a leading source of innovative engineering and impeccable construction quality. 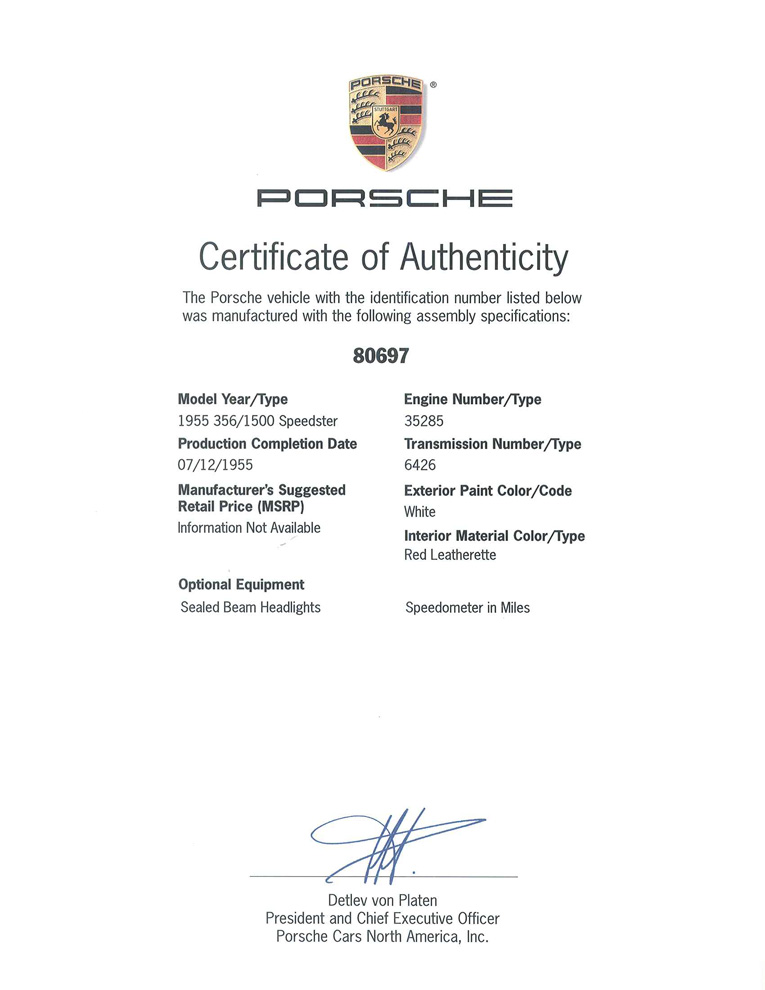