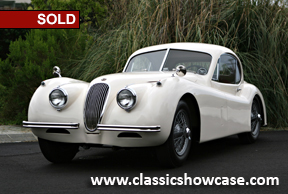 The XK 120 Coupe introduced in March, 1951, added a steel roof, roll-up windows and a wood-trimmed interior, air vents, glove compartments, map containers in the door, sun visors, interior lights and foot-well vents. The "120" in its name referred to its 120 mph (193 km/h) top speed (faster with the windscreen removed), which made the XK120 the world's fastest standard production car at the time of its launch. The faired-in front parking lights can be clearly seen. The rakish slant of the window frame adds to the sporting appearance. The engine and drive train were similar throughout the line and no distinct modifications were employed on the FHC. There were 1357 cars of this model produced in 1952 and a total of 3060 XK120 cars produced in that year. 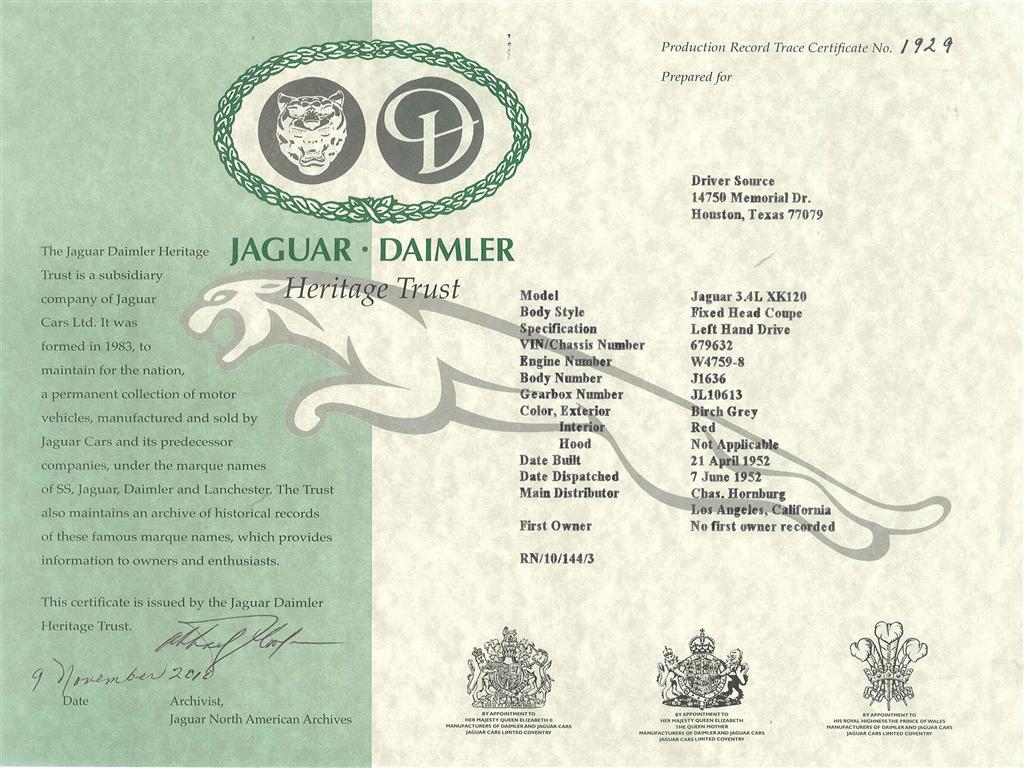