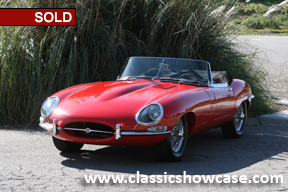 (SOLD) This beautiful Jaguar is featured in Red with Black interior and has been with the previous owner since 1985. It is a Texas/Arizona car and has been well cared for and was recently serviced. The engine, transmission, rear end, suspension, hydraulic system, fuel system and cooling system were overhauled by Jaguar professionals. The brakes and manifold have been rebuilt. Some of the upgrades on the Jaguar include an aluminum radiator, electronic ignition system and auxiliary fan. It has the jack and knock off carrier and the top boot is in very nice condition. It features new interior, Koni shocks, new wire wheels, new tires and much more. A book of receipts and pictures documenting the restoration process will accompany the vehicle.

William Lyons had a keen eye for style and distinguished taste, but he was not a trained engineer. While he had personally drafted designs for all previous Jaguar models, recognizing the significance of the E-Type, he enlisted the expertise of Malcolm Sayer, a brilliant mathematician and aerodynamicist who had formal training as an engineer and a passion for automobiles. Under the direction of Lyons, Sayer shaped the body of the XKE and created what many consider the most beautiful automotive design ever. Taking what it had learned on the track with the D-type and applying it to its new model, Jaguar’s new E-type featured a monocoque passenger compartment and tail section, a tube-framed engine bay, and a tilting bonnet. With its well-appointed interior, civilized 3.8-liter six-cylinder engine, and a compliant suspension, the E-type was an ideal two-place sports car. The XKE has looks to die for, with sweeping lines and an aggressive yet undeniable sensual stance. 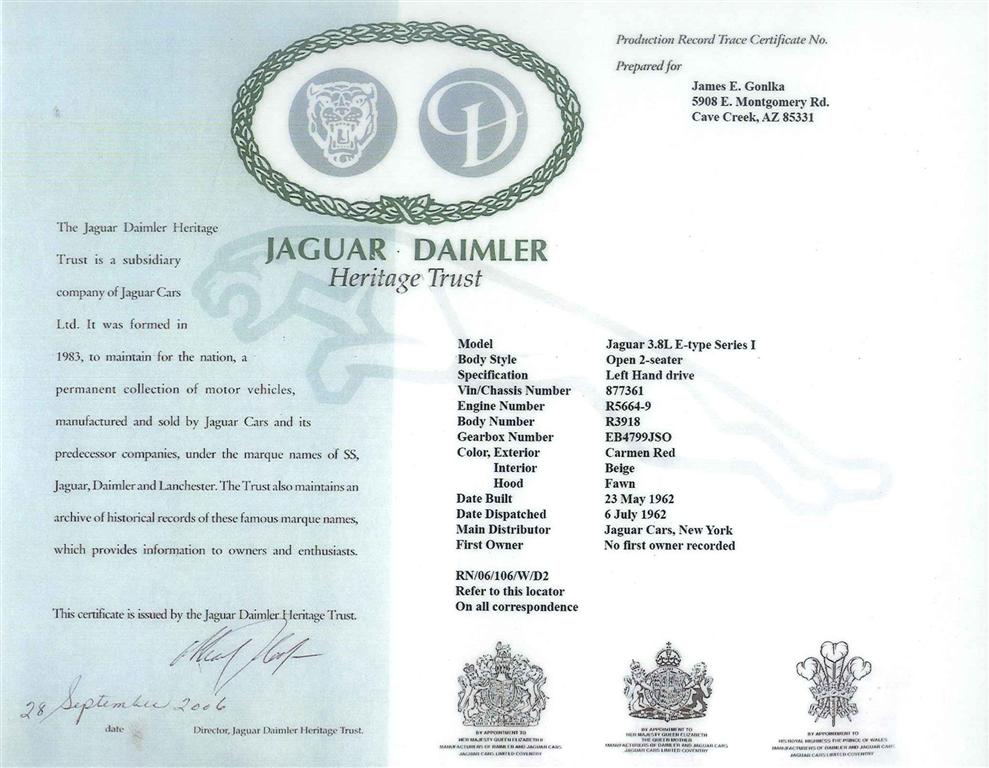