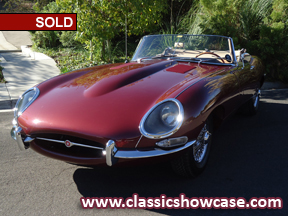 (SOLD) This beautiful, very original, matching numbers Northern California XKE Roadster has been previously restored by Jaguar Professionals. Pictures and receipts to document the restoration will accompany the car. It has been meticulously maintained, and well cared for. Included in this restoration, the car was disassembled, metal worked, fitted, primered, sealed, base coat, clear coat, painted, color sanded and buffed to perfection. An auxiliary fan was installed to improve the driving performance. The engine, transmission, suspension and many systems were restored as needed, brite work, upholstery, rubber seals and new convertible top were installed. We have recently serviced and detailed it inside and out, as needed, to enhance its beauty. This E-type is an incredible original opalescent maroon color. It features its original engine, 4 speed manual transmission and wire wheels. It features a period correct BMCD AM push button radio. The Heritage certificate verifying it’s’ authenticity will also accompany the ar. Being a Series I with covered headlights; this would be a highly collectible E-type for the enthusiast. The new owner will enjoy campaigning and touring this car. This is a perfect opportunity to own a great Show/Driver level Jaguar that has had a feature article in the Road and Track magazine written by Peter Egan. 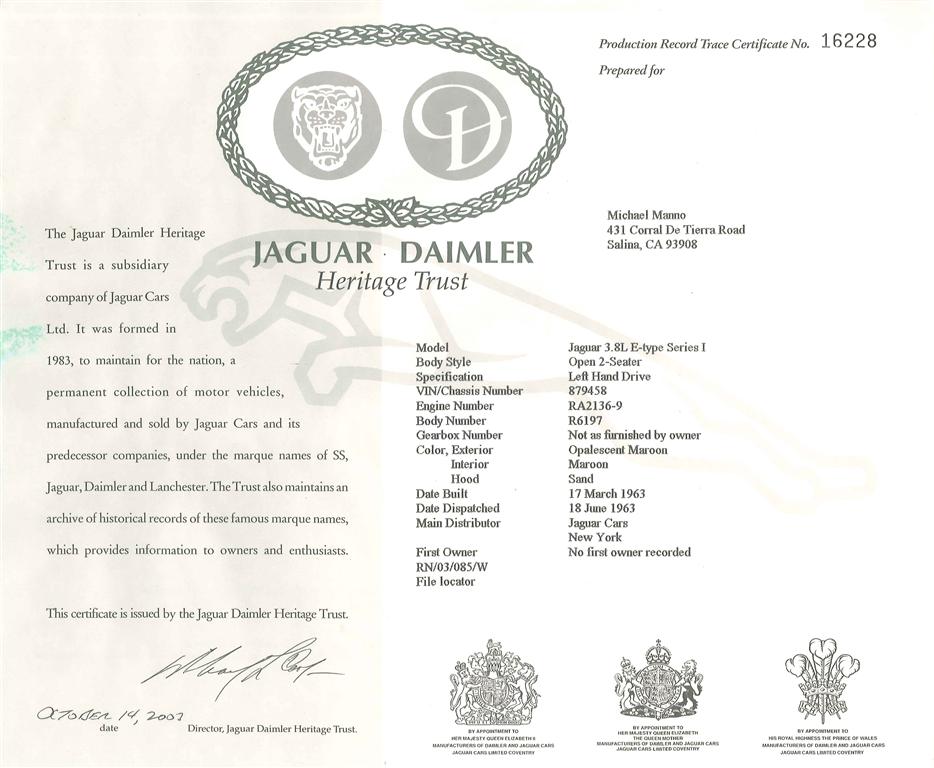