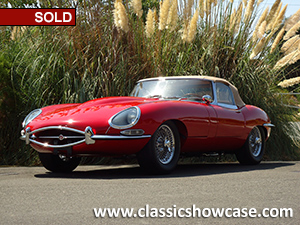 (SOLD) This XKE is a California car whose current owner purchased from a San Diego Jaguar Car Club member in 1978. Always garaged and very well cared for, this E-type has its original body metal, engine, transmission, gauges and instruments. In recent years, it received a ground-up restoration performed by Jaguar professionals, and features a lovely new handmade leather interior with a new fabric top. As well, the XKE has received a recent servicing, along with a crisp new set of wire wheels. In addition, the E-type has many nice features such as Nerf bar front/rear bumpers, a driver's side bullet mirror, and very nice paint throughout. While this roadster is ready to be driven and enjoyed as-is, it would be a prime candidate to be taken to the next level with a show-car level restoration for the serious Jaguar collector or enthusiast; This E-Type presents a fantastic opportunity to own one of the most coveted classic Jaguars ever made! 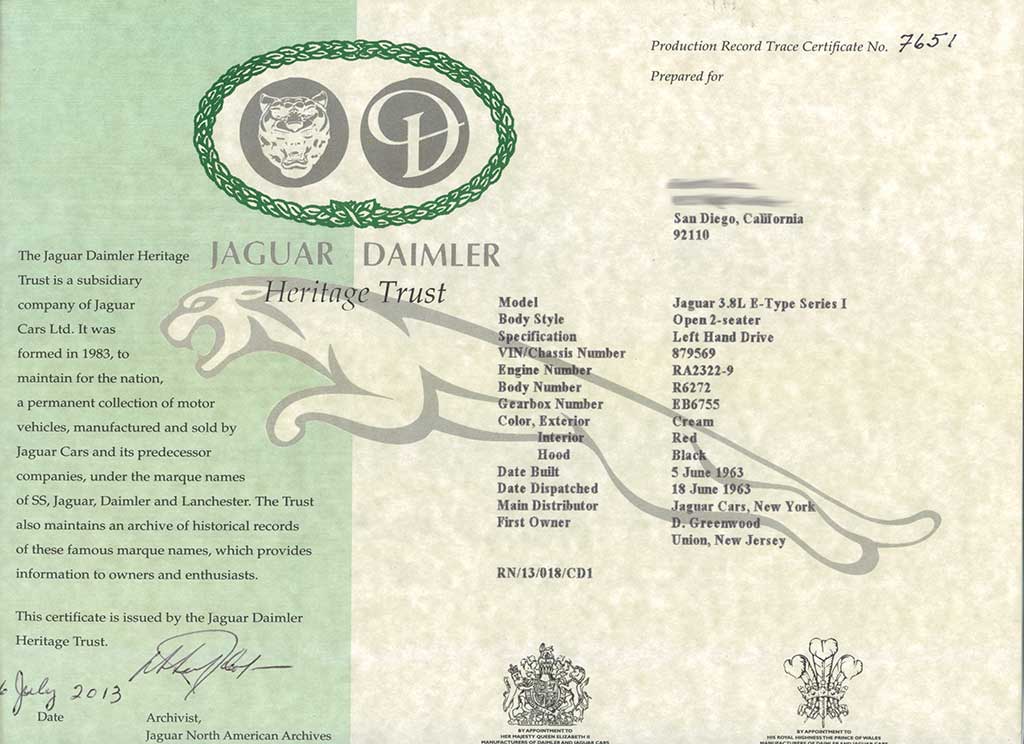