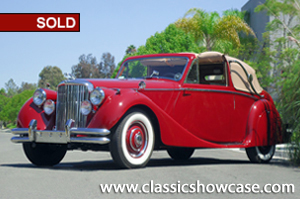 (SOLD) The car was owned by a church where it was stored in a barn when the previous owner found it, bought it and commissioned the restoration. The restoration was taken to a no expense spared Concours level. The craftsman ship is superb as well as the color combination. It has been driven less than 1000 miles since the restoration to properly sort it out. It is very hard to find cars of this caliber. This is truly for the discerning collector who demands the best.

The Mark V was launched at the 1948 London Motor Show at the same time as the XK120, with which it shared a stand. However, the Mark V vastly outsold the XK120 by roughly 5,000 cars per year as compared to 2,000 cars per year for the XK120. While the XK120 had a new overhead-camshaft XK engine, the Mark V retained the 1936 driveline including the "Jaguar" overhead-valve pushrod straight-6 2½L and 3½L units for which the company was renamed after the war. No 1½L version was offered. Claimed power output in this application was 104 bhp (78 kW) for the 2664 cc Mark V. The chassis was new with independent front suspension by double wishbones and torsion bar, an arrangement that would be used by Jaguar for many future vehicles. It also had hydraulic brakes, and an all pressed steel body. The styling of the car followed prewar SS-Jaguar lines with upright chrome grille and the leaping Jaguar radiator cap mascot became available as an option. There is a distinct hint of the recently modernized Bentley look in the style of the front grill. The wheels were 16-inch (410 mm) steel-disc type, significantly smaller than the 18-inch (460 mm) ones on the MK IV. From the side, a distinctive styling touch was a "tuck in" curve at the base of the rear window following the curved profile of the side glass. Rear-wheel spats (fender skirts) were standard. 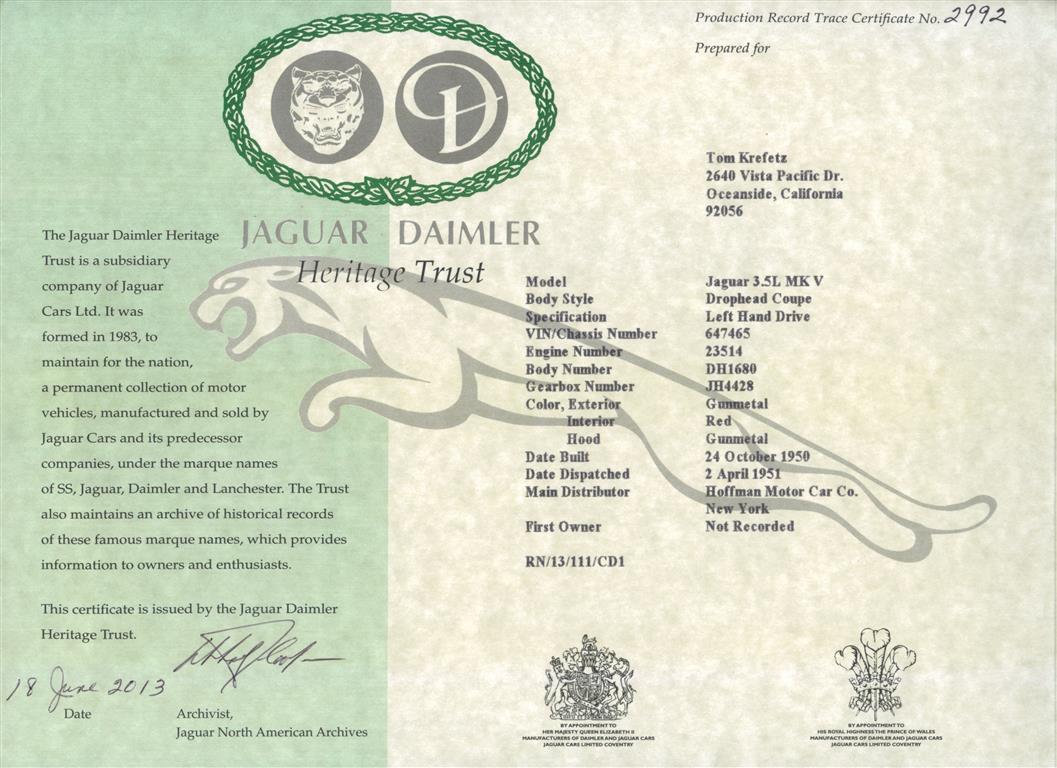