(SOLD) This striking Porsche 356B is a very original car with the rare Smyrna Green exterior, and with factory super 75 HP. This Porsche has a matching numbers motor and the 616/12 case designation according to the factory Kardex Porsche build sheet (The Kardex is a card which resides in a card file in Ludwigsburg, Germany. The original purpose of this card was to be a warranty record for work performed on the car at the factory). It has had a fresh restoration performed by a Porsche 356 restoration facility where it was stripped to bare metal for its body and paint work. It was color sanded and buffed to show condition and has excellent hood, door and trunk fit. There was a complete motor rebuild performed and the cosmetic restoration included new weather stripping, chrome, interior, underside detail and 4-corner suspension detail. This beauty is ready for the serious Porsche collector who demands the very best.

The 356 was a lightweight and nimble-handling rear-engine rear-wheel-drive 2-door sports car available in hardtop coupe and open configurations. Design innovations continued during the years of manufacture, contributing to its motorsports success and popularity The Porsche 356 was a very successful vehicle for Porsche. Sales quickly exceeded expectations. The production versions were built alongside their racing counterparts benefiting from knowledge and technology gained from racing. The Porsche 356 quickly evolved into a refined sporting automobile. B-suffix Porsche 356s were produced between 1959 and 1963 with some 30,963 examples flowing out of Zuffenhausen in the five years. No other 356 series approached these numbers. Its 1582cc air-cooled horizontally opposed four-cylinder engine has twin Zenith NDIX carburetors. The 356 was created by Ferdinand "Ferry" Porsche (son of Dr. Ing. Ferdinand Porsche, founder of the company). Like its cousin, the Volkswagen Beetle (which Ferdinand Porsche Senior had designed), the 356 was a four-cylinder, air-cooled, rear-engine, rear-wheel-drive car utilizing unitized pan and body construction. While the 356's body was an original design by Porsche employee Erwin Komenda, its mechanicals (including engine case and suspension components) were based on and initially sourced from Volkswagen. The mid-1962 356B model was changed to the T6 body type (twin engine lid grilles, an external fuel filler in the right front wing/fender and larger windows). The car was built of a monocoque (unibody) construction, making restoration difficult for cars that were kept in rust-prone climates. 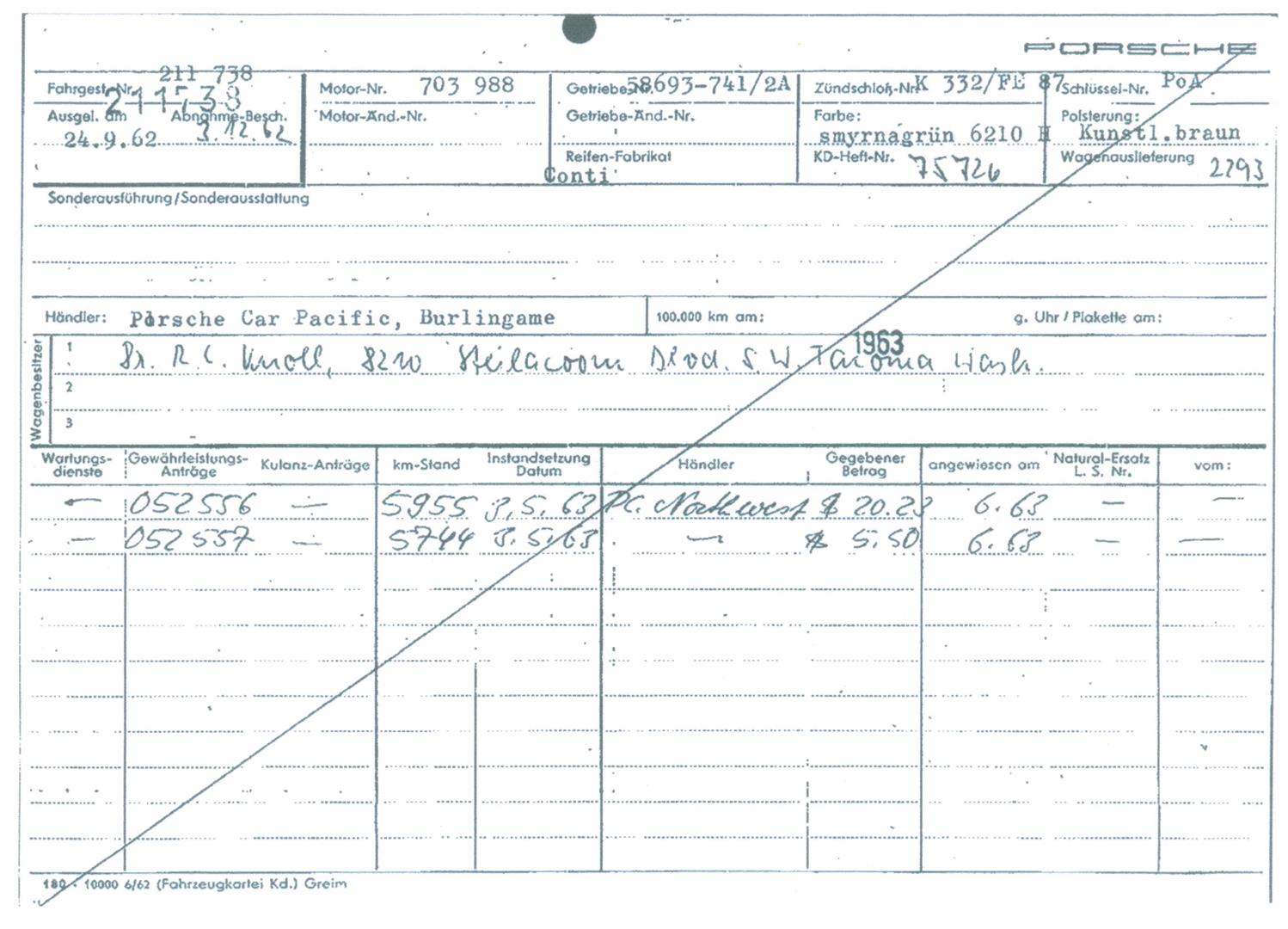