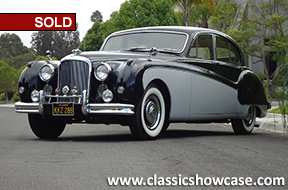 (SOLD) This handsomely restored, matching numbers, Black plate, California car was originally purchased in Los Angeles and has been in California its entire life. A lady in La Jolla purchased it from the original owner, and then a Jaguar Club member purchased it from her and drove it for many years before it was then purchased from the last owner, another San Diego Jaguar Club member. The wood interior gleams and adds a touch of elegance to a very provincial car. It even has the fold down tables in the back seat and badge bar on the front grille. Included in the purchase is a comprehensive list of the work done to the car, corresponding receipts, Heritage Certificate, and owner’s manual.

The Jaguar Mark IX is a large luxury saloon car produced by Jaguar Cars between 1959 and 1961. It replaced the previous Mark VIII, and differed little in exterior appearance except for the new model name. It was replaced by the longer, wider and lower contemporary-styled Mark X in 1961. Standard transmission was a four-speed manual system: options included overdrive, but most cars were built with a Borg Warner three-speed automatic box. Internally, an enlarged-bore 3.8 L, 220 bhp DOHC straight-6 replaced the previous 3.4 L 190 bhp unit. Two SU carburetors were fitted. Four-wheel servo assisted Dunlop disc brakes and recirculating ball power steering was now standard equipment. The torsion bar independent front suspension and leaf-sprung rear live axle were retained from the Mk VIII. The body was generally similar to its predecessor, but the sunshine roof became a standard fitting for the UK market. The interior was in the same luxurious mode with extensive use of leather, walnut wood trim and deep pile carpet. A range of single and duo-tone paint schemes was offered. Between 1959-1961 Jaguar produced 10,009 Mark IXs. 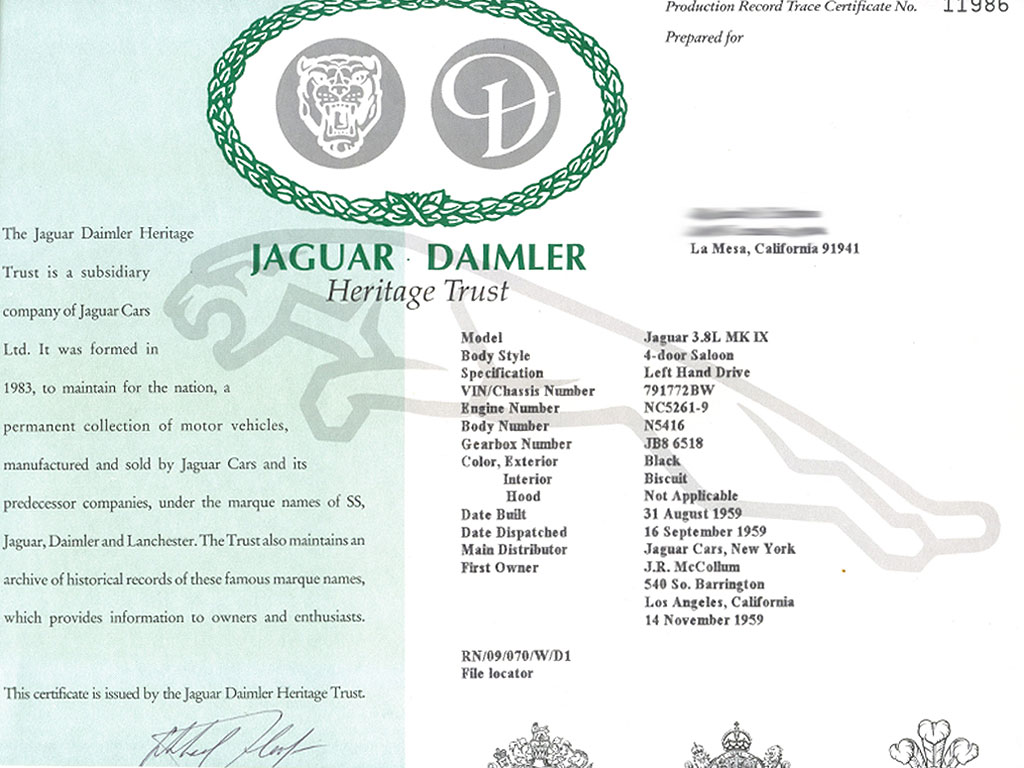