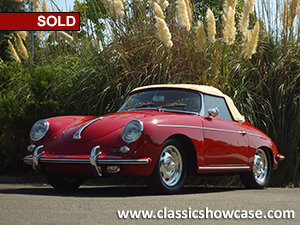 (SOLD) This exquisite 356B Roadster offered here is one of the last with the chrome-framed removable windshield and it is one of only 1,528 produced for the 1960 model year. This Roadster was completely restored earlier this year with the beautiful results seen here. Before the restoration this roadster was a complete, solid, and rust-free example that was in nice running and driving order. The restoration was performed to original specifications, including a bare-metal refinish in its original exterior color of Ruby Red with a new tan leather interior, and included the original matching numbers engine being rebuilt as well as other components and systems. Accents include a tan soft top and top boot, as well as a highly desirable set of polished reproduction Rudge wheels. Other items include a Blaupunkt AM/FM radio mounted in an a Porsche under dash shroud, fitted with Coco floor mats, a driver’s side mirror, fog lamps, seat headrests, and a wood-rimmed steering wheel. Also included in the purchase is the original date coded wheels. A Porsche Certificate of Authenticity and tools accompany the sale of the car as well. Freshly restored and fully detailed, this highly desirable and refined Porsche 356B Roadster offers a winning combination of all-season usability plus iconic styling. A flexible suspension, and performance minded engine makes this 356 handle and drive exceptionally well, the way you expect a Porsche to. This is your opportunity to own a spectacular, beautiful Roadster.

The basic design of the 356 remained the same throughout its lifespan, with evolutionary, functional improvements rather than annual superficial styling changes. Nevertheless a variety of models in both coupe and convertible forms were produced from 1948 through 1965. Cabriolet models (convertibles with a full windshield and padded top) were offered from the start, and in the early 1950s sometimes comprised over 50% of total production. One of the most desirable collector models is the 356 "Speedster", introduced in late 1954 after Max Hoffman, the sole US importer of Porsches, advised the company that a lower-cost, somewhat Spartan open-top version could sell well in the American market. With its low, raked windscreen (which could be removed for weekend racing), bucket seats and minimal folding top, the Speedster was an instant hit, especially in Southern California. Production of the Speedster peaked at 1,171 cars in 1957 and then started to decline. It was replaced in late 1958 by the "Convertible D" model. It featured a taller, more practical windshield (allowing improved headroom with the top erected), roll-up glass side-windows and more comfortable seats. The following year the 356B "Roadster" convertible replaced the D model but the sports car market's love affair with top-down motoring was fading; soft-top 356 model sales declined significantly in the early 1960s. Today these early four-cylinder models are highly coveted by collectors and enthusiasts worldwide. 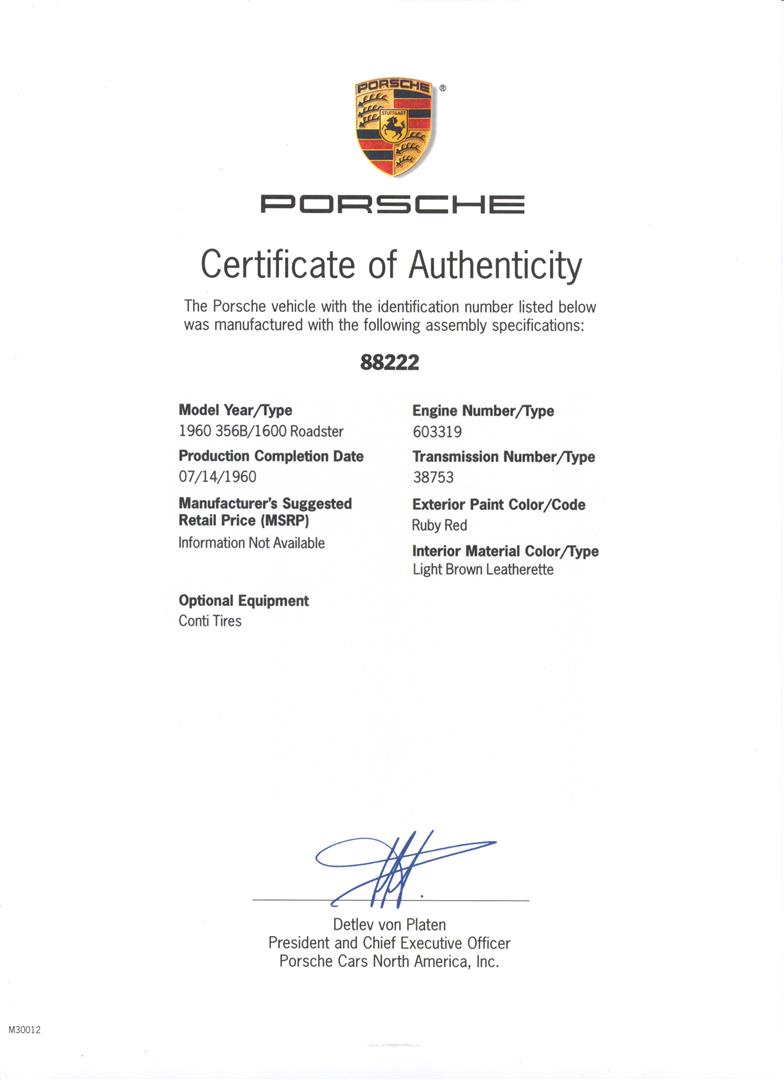