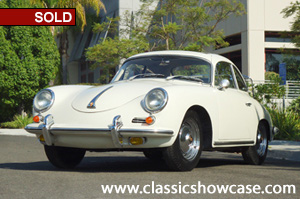 (SOLD) The assembly of this stunning Reutter-bodied Porsche 356B 1600 S Coupe was completed in 1960 with a higher performance “S” engine specification. This Porsche was very highly equipped with no less than 16 factory-original options. Comfort and convenience were heightened with a very rare and highly desirable electric sunroof, as well as arm rests at each door, a dimmable rearview mirror, a driver’s side view mirror, an electric clock, Blaupunkt ‘Koln’ radio with antenna and duel loudspeakers, Coco floor mats, and seat headrests. External enhancements included a chrome-plated luggage rack on the trunk and body trim strips, while the car’s handling prowess was sharpened with a balance spring and a set of Continental tires. A highly desirable matching numbers example, this 356B was a sound example prior to being given a bare-metal restoration that was completed earlier in 2013. Refinished in its original, and highly distinctive Heron Grey exterior and a very nicely complemented by new leather upholstery in blue and original specification carpeting, as well as complete set of fog lights and tools. Fully detailed and very nicely presented throughout, it will definitely take price of place in the collection of an enthusiastic new owner who will appreciate its many charms.

The basic design of the 356 remained the same throughout its lifespan, with evolutionary, functional improvements rather than annual superficial styling changes. Nevertheless a variety of models in both coupe and convertible forms were produced from 1948 through 1965. Cabriolet models (convertibles with a full windshield and padded top) were offered from the start, and in the early 1950s sometimes comprised over 50% of total production. One of the most desirable collector models is the 356 "Speedster", introduced in late 1954 after Max Hoffman, the sole US importer of Porsches, advised the company that a lower-cost, somewhat spartan open-top version could sell well in the American market. With its low, raked windscreen (which could be removed for weekend racing), bucket seats and minimal folding top, the Speedster was an instant hit, especially in Southern California. Production of the Speedster peaked at 1,171 cars in 1957 and then started to decline. It was replaced in late 1958 by the "Convertible D" model. It featured a taller, more practical windshield (allowing improved headroom with the top erected), roll-up glass side-windows and more comfortable seats. The following year the 356B "Roadster" convertible replaced the D model but the sports car market's love affair with top-down motoring was fading; soft-top 356 model sales declined significantly in the early 1960s. Today these early four-cylinder models are highly coveted by collectors and enthusiasts worldwide. 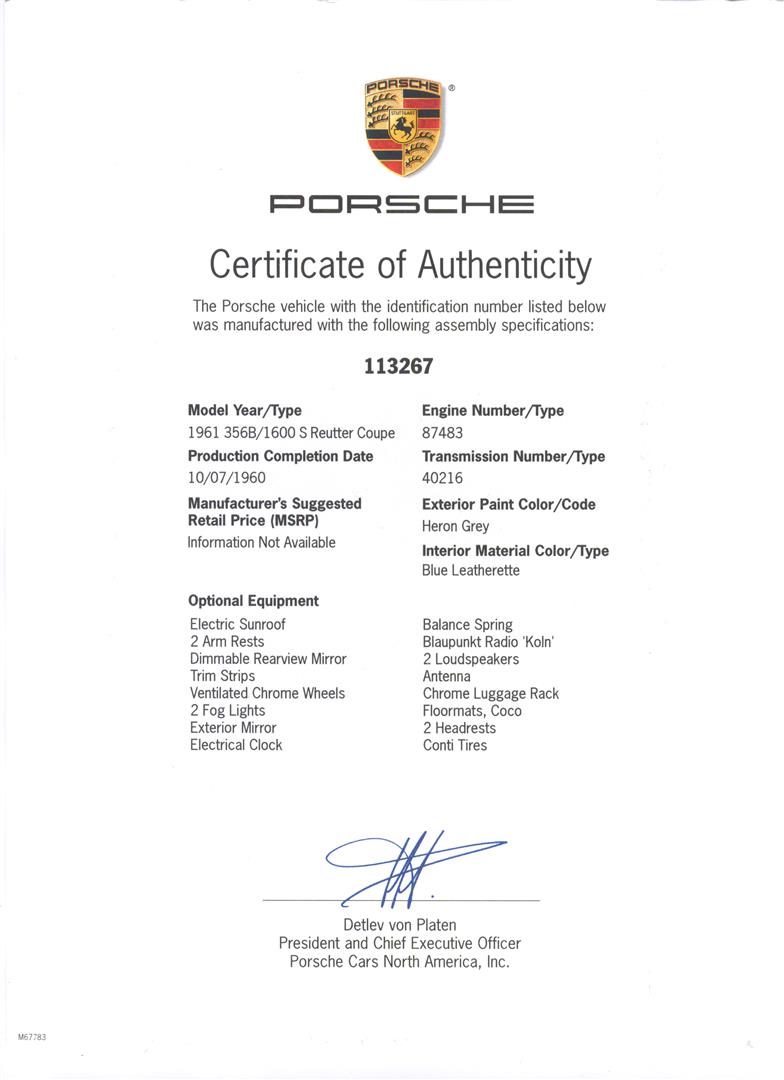