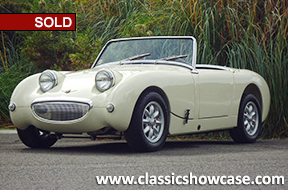 (SOLD) Completed at the Austin-Healey Works in January of 1960, this Sprite MK I "Bugeye" was configured as a US market left hand drive example. Its early history remains unknown, but by the 1990s the Sprite was in Texas with an Austin-Healey enthusiast. Here it was treated to a meticulous restoration, and tastefully upgraded to a serious performance car. The original 948cc engine was removed in favor of a 1,275cc unit, and a supercharger installed to feed it, while Minilite-style alloy wheels, white-faced Smiths gauges, and a sports steering wheel were fitted to give the car an appropriately racy look. This beautifully presented Sprite offers much-improved performance, charming looks, and should be a fun companion on the backroads for a relatively modest investment.

Intended to make sports car motoring more affordable, the Donald Healey-designed Sprite entered production at MG's Abingdon factory in March 1958. The new car was officially introduced a few months later in Monte Carlo, just prior to the Monte Carlo Rally, underlining this brand new car's sporting intentions. Its unitary construction body shell featured a distinctive, rearward-hinging, combined bonnet and wings, which was topped by two 'frog eye' headlamps, thus ensuring instant recognition and the now familiar nickname. Powered initially by the Austin A35's 948cc A-Series engine, the Sprite used independent front suspension and rack-and-pinion steering, ensuring great roadholding. Equipped with twin SU carburetors, the engine produced 43bhp, which was good enough for a top speed of around 86mph. Despite a Spartan equipment level - even the front bumper was listed as an extra! - the 'Frog Eye' sold well, which perhaps was unsurprising as there was nothing competing with it either on price or performance. 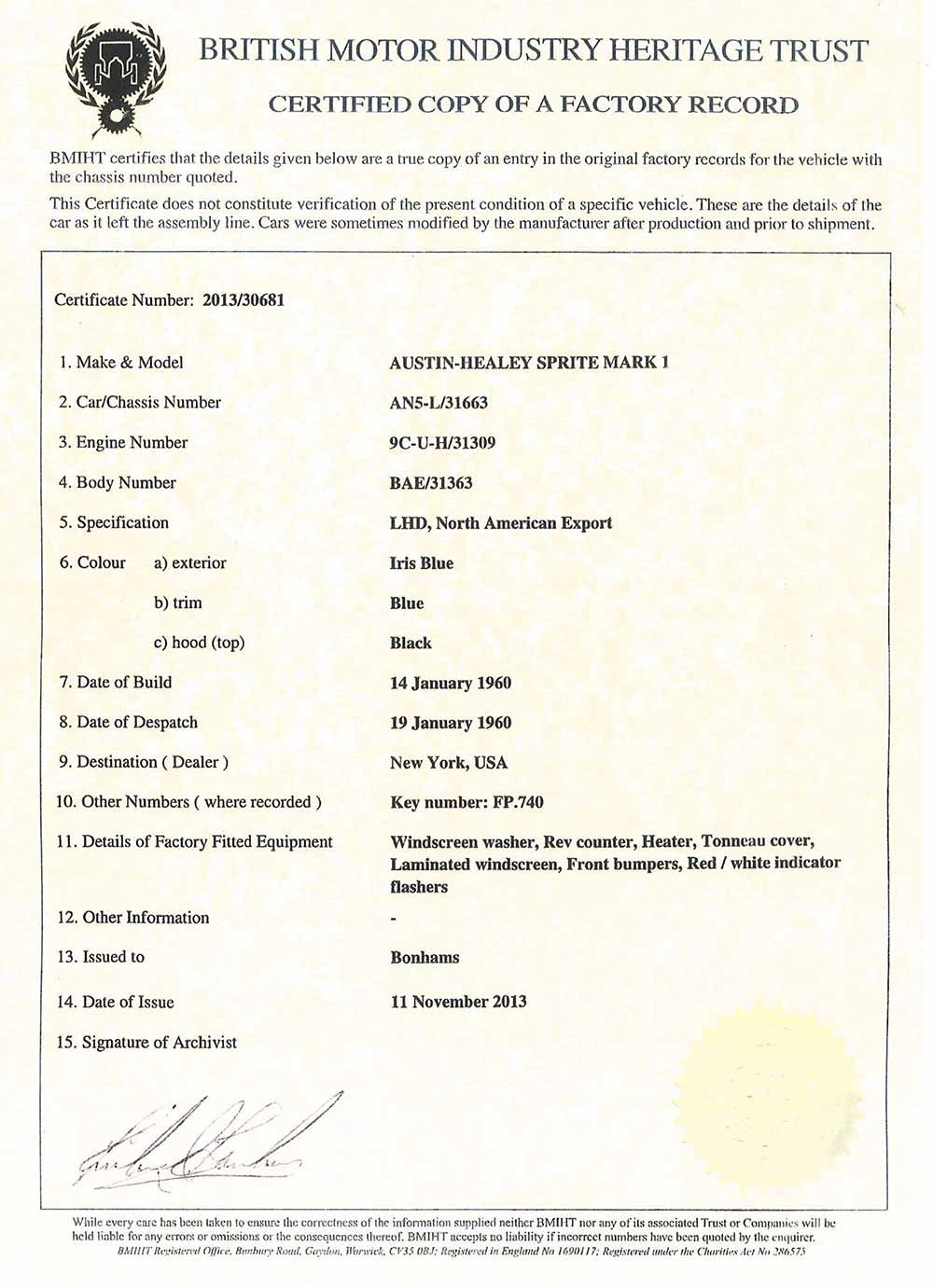