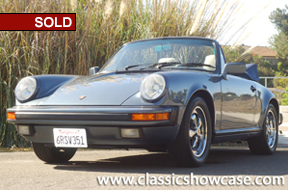 (SOLD) This very original Southern California 1988 Porsche Carrera Cabriolet is in excellent condition. Always well maintained, serviced locally and garage kept, this beauty shines in her original stunning color combination of Venetian Blue and Crème. This Carrera comes loaded with cruise control, power seats, A/C, dual remote mirrors, an Alpine sound system, H4 Seal beam headlights, driving lights, the factory original owner’s manual/ books/ service records along with the jack and spare tire. It is hard to find original cars in such spectacular condition. The dark blue top is in excellent condition as well, and comes with a matching German dark blue cloth boot cover. Just in time for spring, this sleek 911 is one to take you for a wild ride up all those windy mountain trails you have been dying to try out.

In 1984 the 911 celebrated its 20th birthday. The SC 3.0 was replaced by the new Carrera with a 3.2 engine. Although the bodywork, suspension, and most of the interior were taken from the SC the Carrera was in most aspects better than its predecessor. It had more power, better brakes and was more luxurious. After twenty years of producing the 911 it was expected that Porsche would come up with a new model to replace the 911. The new Carrera however proved the contrary, the 911 was just starting to mature. The model line-up was now really complete, with six styles to choose from. The new Carrera and Turbo could both be ordered as cabriolet, Targa or coupé, and in the next years even more models would become available. 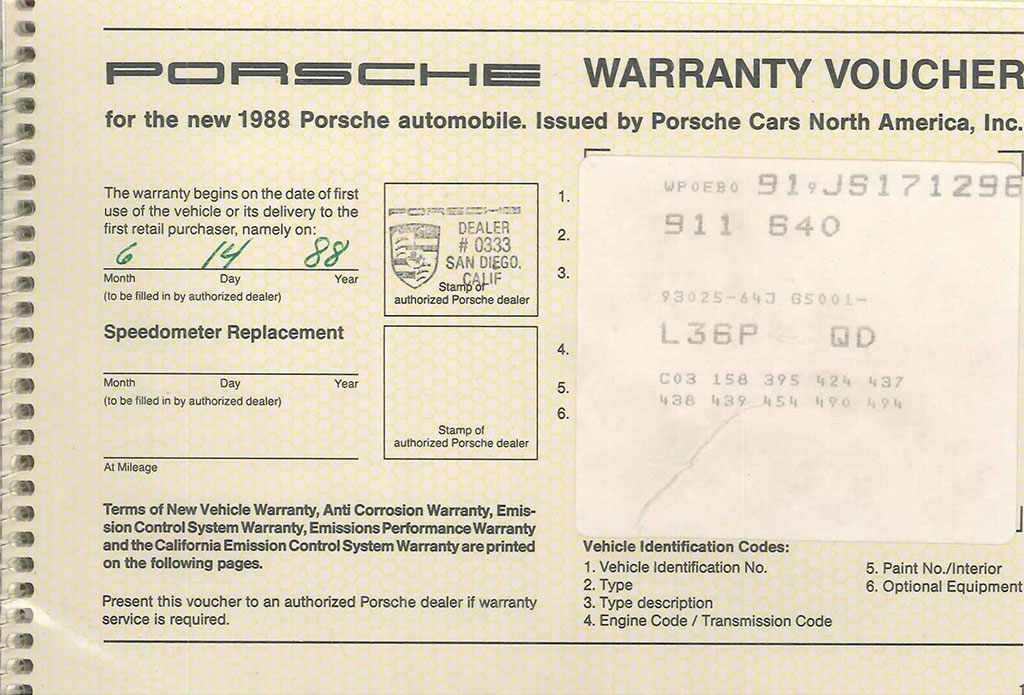