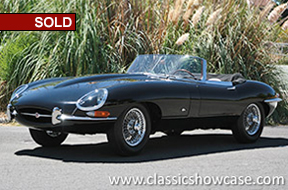 (SOLD) This incredible, numbers matching, first-generation E-type outside bonnet latch roadster has undergone a restoration to a high standard of show-level correctness. Number 157 in early E-type production history this Jaguar was originally purchased from Jaguar Cars in New York on September 22, 1961 by F.P. Thorsen. The previous two owners were collectors, who kept it well maintained and cared for, until it was purchased by Classic Showcase. Included in the restoration process, the vehicle had been dissembled, the interior removed and all items were documented and inspected for the restoration process, the vehicle body was worked, the metal finished, fitted, and leaded as needed, and all body parts and chrome were fitted to the car. It was primed, sealed, base coat applied, clear coated, and then was color sanded and buffed to a beautiful finish. All systems were gone through and were restored, or replaced as necessary. The transmission, clutch, and hydraulic systems were all fully restored, and the car received all new rubber, grommets and seals. In addition, the britework was re-plated to Show level quality. The car benefited from all new upholstery that was fitted in all the correct materials. The roadster's parts and components were restored in the proper colors and finishes, and NOS parts were used wherever possible. Extreme attention to detail was given because of the importance of this early, highly original E-type. Photos from the restoration process, along with a Heritage Certificate of authenticity will accompany the vehicle upon purchase. Also included are receipts, paperwork, and the owner’s manual. This first generation XKE is truly an amazingly preserved time capsule, and is meant for the discerning Jaguar collector who demands the best!

The Series 1 was introduced, initially for export only, in March 1961. The domestic market launch came four months later in July 1961. The cars at this time used the triple SU carbureted 3.8 liter 6-cylinder Jaguar XK6 engine from the XK150S. The first 300 cars built had flat floors and external hood (bonnet) latches. These cars are rare and more valuable. The outside bonnet latch is the most sought after of all the Series I E types. Only 500 external bonnet latch cars were made, of those, 385 were left-hand drive roadsters, 20 left hand drive coupes, 91 right hand drive roadsters, and 4 right-hand drive coupes. After that, the floors were dished to provide more leg room and the twin hood latches moved to inside the car. The 3.8 liter engine was increased to 4.2 liters in October 1964. This is a California car that is complete and has the features that so many collectors look for, which are: flat floor, welded louvers, outside bonnet latches, low number production car, and matching numbers. 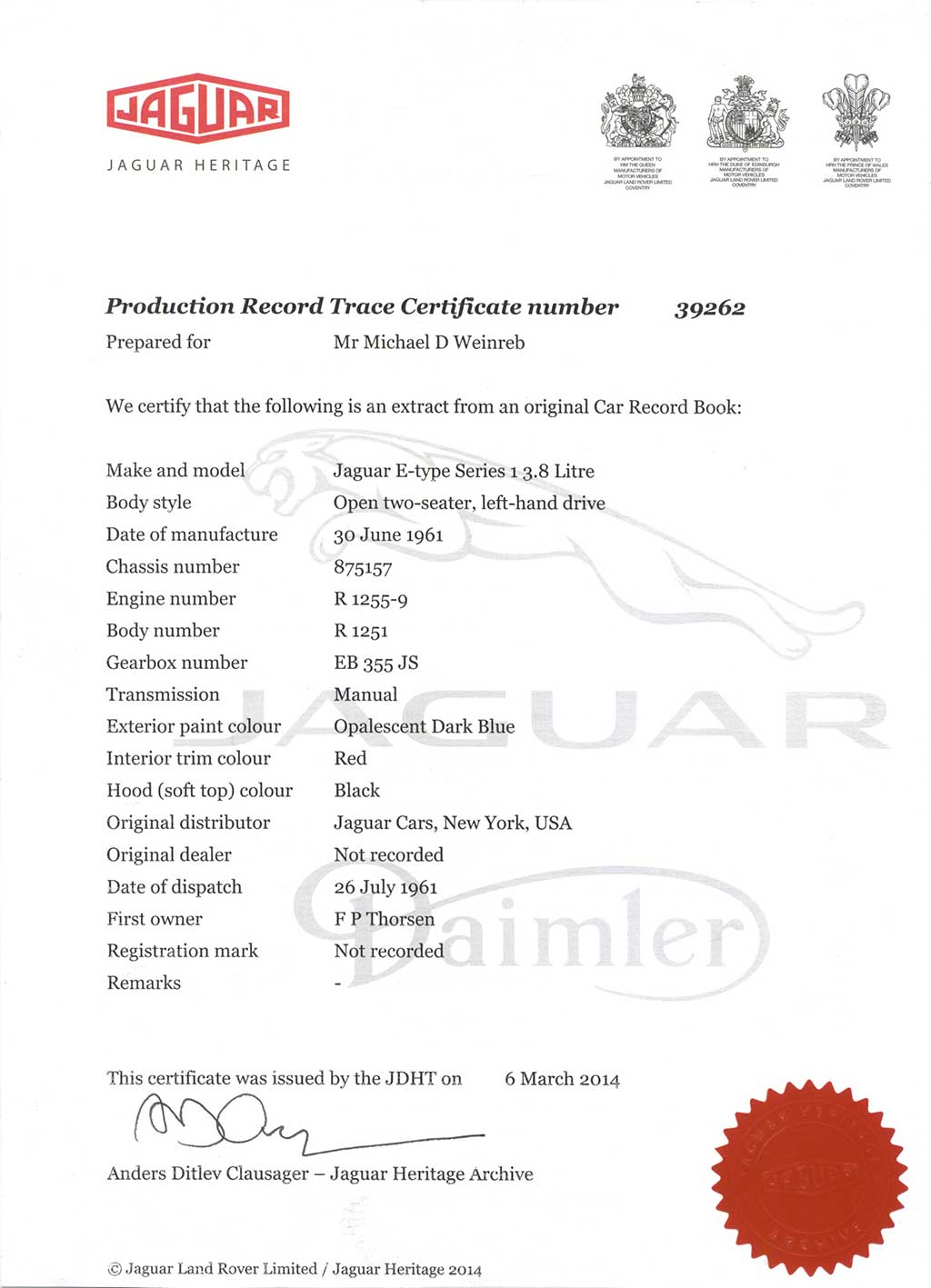