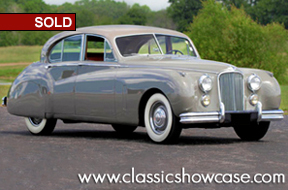 (SOLD) Elegant and luxurious, this Jaguar shows a patina that can only be had over time and careful preservation. Finished in a soft, medium gray hue, the paint and body have held up very well. While a restoration of the exterior might bring it to a higher standard, it is still attractive and acceptable. The interior compartment has been treated to new upholstery on the seats and door panels in a darker saddle material that is soft, comfortable and pleasing to the eye. The dash board and gauge set remain original to the car and the headliner also appears vintage. A full sliding moon roof is found above the driver’s area. An original Road Speed rim is found in the tidy and very original luggage compartment. The Dunlop spare tire is likely an original to the car as well. Owner’s manuals with prior owner information and maintenance books are also included with purchase of this grand automobile.

Jaguar’s Mark VII evolved from the interim Mark V, which had looked like the pre-war Mark IV, except with long flowing separate fenders. Bentley had already used the name Mark VI, so Jaguar skipped to the next Roman numeral. The body was now full-width, with slab sides and the suggestion of fender lines, but the Mark V roofline was retained and the grille also bore the same Jaguar signature. Inside, the burled walnut dash was crammed with gauges and the engine had been moved forward, which added three inches of leg space for the rear seat passengers. The new trunk also had a vertical spare wheel and was significantly larger. The Mark VII was able to cruise at 80 mph easily, especially with the optional overdrive gearbox, available in 1954. It sold well in the US, considering this was during the period of “export or die” for British industry. The Mark VII finalized 20,918 sales from 1950-54, and The Motor tested a Mark VII at a top speed of 101 mph and 0-60 mph in 13.7 seconds. Los Angeles dealer Peter Satori did even better, with 0-60 in 12.6 seconds and a top speed of 104 mph. 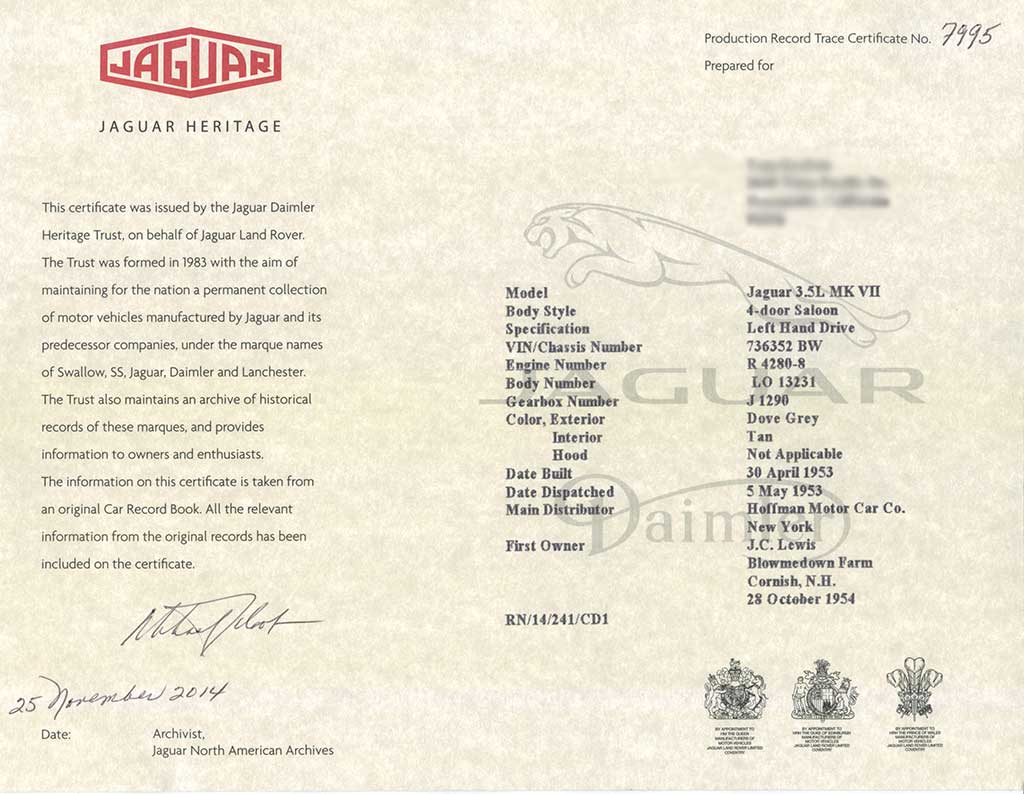