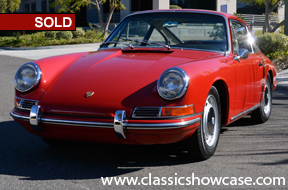 (SOLD) Resplendent in Polo Red, this example from 1965, Chassis 302474 is a matching numbers example, offered complete with its corresponding Porsche Certificate of Authenticity. Purchased originally in 1965 by a United States serviceman while stationed in Germany, he brought the car back to the U.S. shortly thereafter. It ramined with the original owner until sometime early in the 1980’s where it was sold to the second owner, a lady in southern California. The 911 was in her care for the next 30 years where it remained in her garage in its original condition. The 3rd owner purchased the 911 in 2012 and had the Porsche re-sprayed in its original hue. A wonderful example of a truly important sports car, this early, short wheelbase Porsche 911 provides an opportunity worth serious consideration by any avid Porsche collector or discerning enthusiast. As one of the greatest pure driving machines ever produced in its iconic and most desirable early form, this 911 from 1965 will continue to provide ample evidence of the pure Porsche DNA that continues to infuse the current generation 911 models, some 50 years later. With fast rising collector focus on these early short wheelbase cars, this striking example provides an excellent opportunity to acquire one of these very special cars before the rising market tide raises them squarely out of reach. This spectacular 911 Coupe is the perfect choice for the discerning Porsche collector seeking a highly original and sought after example.

The 911 can trace its roots back to sketches drawn by Ferdinand "Butzi" Porsche in 1959. The Porsche 911 classic was developed as a much more powerful, larger, more comfortable replacement for the Porsche 356, the company's first model. The new car made its public debut at the 1963 Frankfurt Motor Show. The car presented at the auto show had a non-operational mockup of the 901 engine, receiving a working one in February 1964. In 1967 the Targa (meaning "plate" in Italian) version was introduced; The Targa had a stainless steel-clad roll bar, as Porsche had, at one point, thought that the U.S. National Highway Traffic Safety Administration (NHTSA) would outlaw fully open convertibles in the US, an important market for the 911. The name "Targa" came from the Targa Florio sports car road race in Sicily, Italy in which Porsche had notable success, with seven victories since 1956, and four more to come until 1973. This last win in the subsequently discontinued event is especially notable as it was scored with a 911 Carrera RS against prototypes entered by Italian factories of Ferrari and Alfa Romeo. The road going Targa was equipped with a removable roof panel and a removable plastic rear window (although a fixed glass version was offered alongside from 1968). 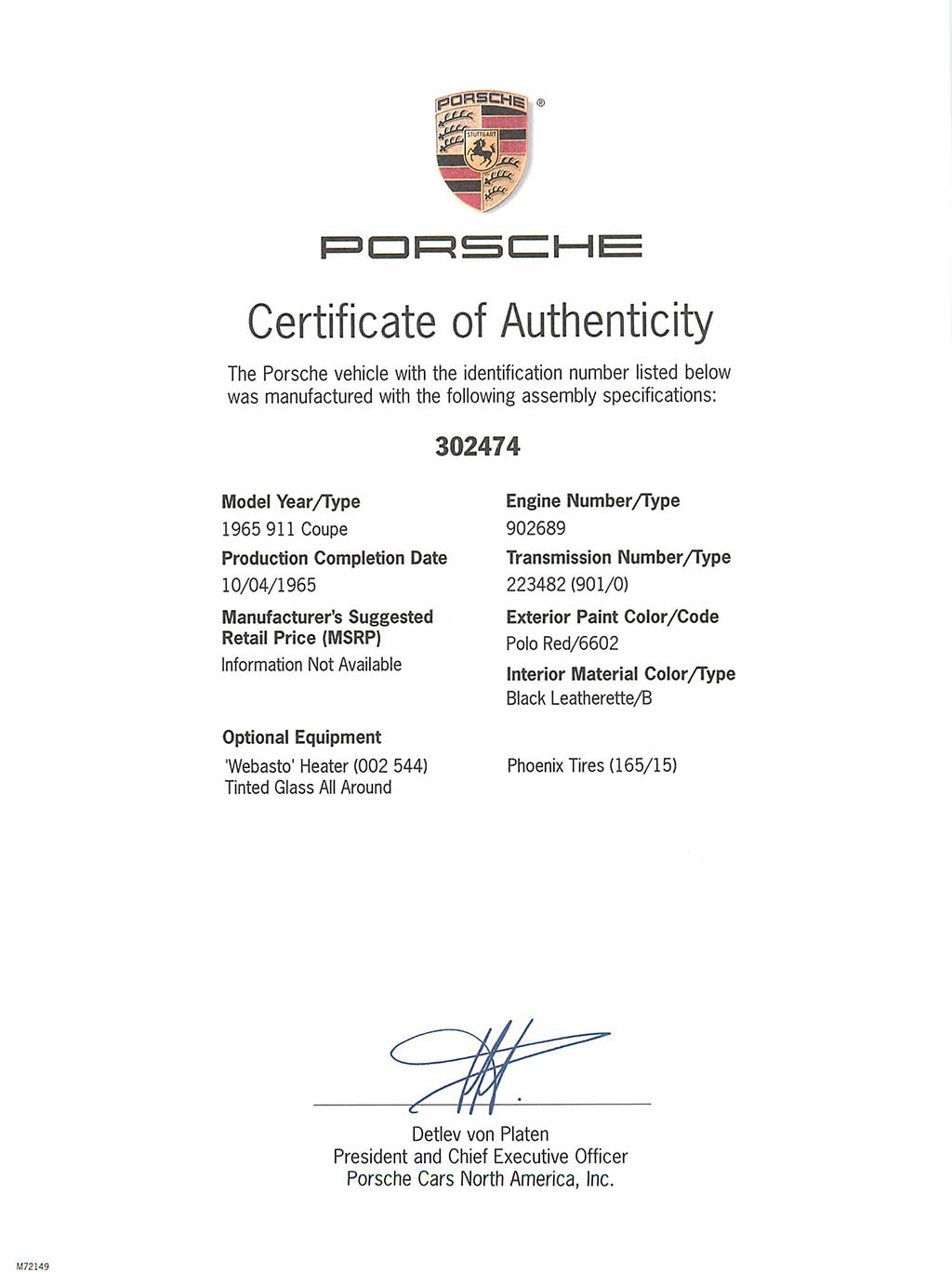