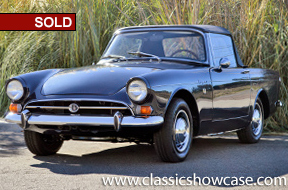 (SOLD) Here is a great opportunity to own an impressive, numbers matching classic sports car. This Sunbeam Tiger is a real, true classic with muscle. This handsomely restored Tiger is fitted with the 260 V8 and four speed transmission. It has undergone a recent restoration by Classic Showcase of Oceanside, CA with all systems gone through, and a full vehicle detail inside and out, as well as the undercarriage. During the restoration all new suspensions components were installed, the brite work was redone as needed, the top bows were restored for the new fitted soft top, the instruments were gone through; new rubber was installed; a new stainless steel exhaust system was installed; the car was wet sanded and buffed after it received new paint to a brilliant finish, new carpets were fitted and installed in the car, and all new upholstered panels were installed in the trunk. It comes complete with the Tiger tool roll, owner’s manual, and Rootes Heritage Certificate of Authenticity. This is a fabulous example to show or drive!

The Sunbeam Tiger is a high-performance V8 version of the British Rootes Group's Sunbeam Alpine roadster, designed in part by American car designer and racing driver Carroll Shelby. Shelby had carried out a similar V8 conversion on the AC Cobra, and hoped to be offered the contract to produce the Tiger at his facility in America. Rootes decided instead to contract the assembly work to Jensen at West Bromwich in England, and pay Shelby a royalty on every car produced. Using an enhanced small-block V-8, Shelby presented what was essentially a “mini-Cobra.” Weighing only 2,650 pounds, it provided an effective performance result of 0– to 60-mph in 7.8 seconds and a top speed of 124-mph. Officially the Series II Tiger was only available in the US, where it was called the Tiger II. The Series II, of which only 633 were built in the final year of Tiger production, was fitted with the larger Ford 289 cu in (4.7 L) engine. Production ended in 1967 soon after the Rootes Group was taken over by Chrysler, which did not have a suitable engine to replace the Ford V8. Owing to the ease and affordability of modifying the Tiger, there are few surviving cars in standard form. Today they have become highly sought after for its remarkable performance and the obvious connection to Carroll Shelby. This would be a wonderful automobile to drive and enjoy, or to display in local shows with equal pride. It would also make a wonderful counterpoint to a Cobra, as an oft-forgotten part of the Shelby story. 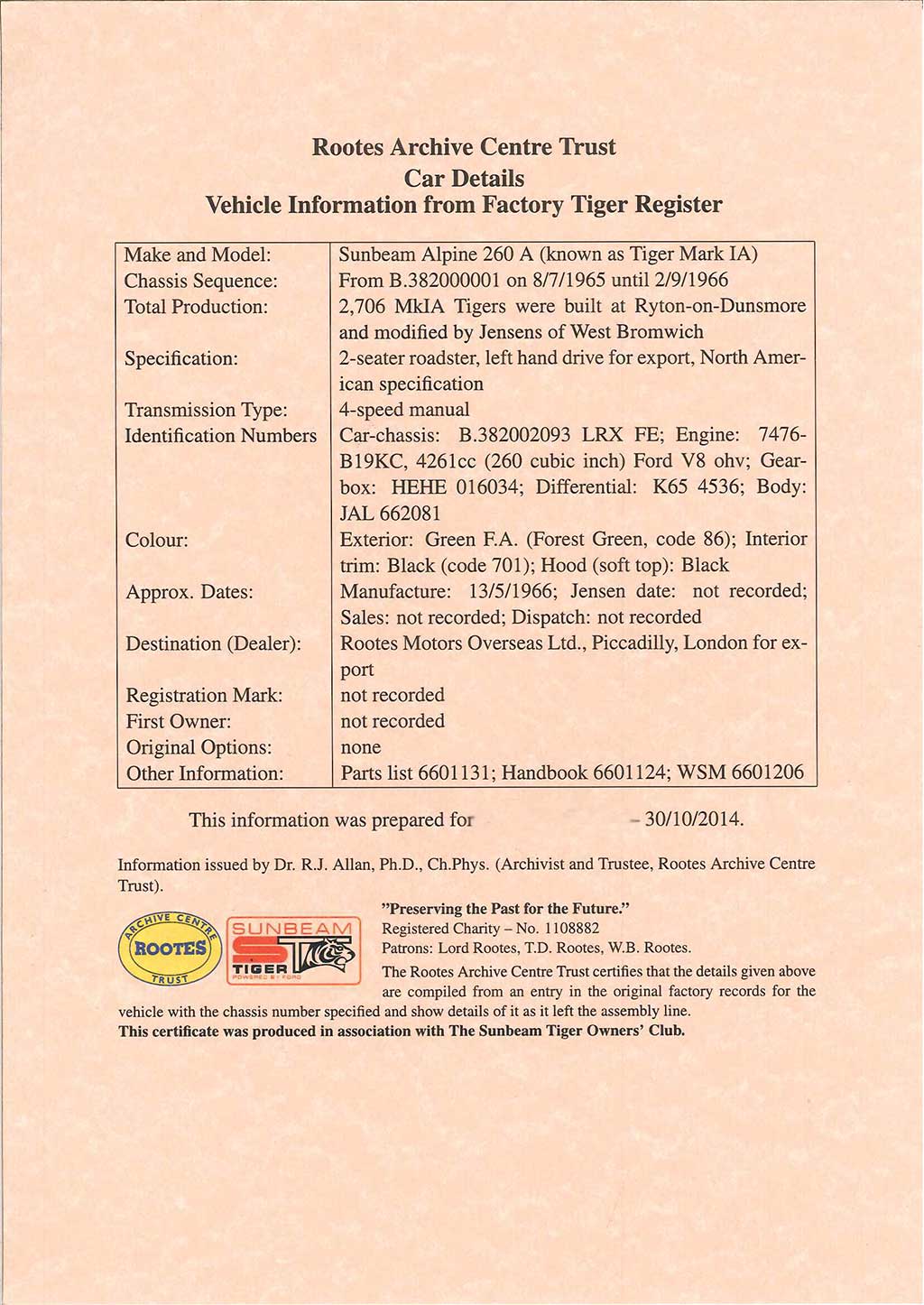