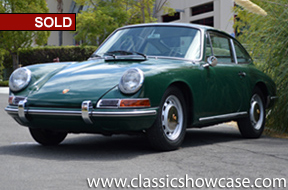 (SOLD) This 1966 Porsche 912 Coupe offers a great combination for the onlooker who is really interested in early SWB 912/911’s. This example is an original Irish Green over black car (confirmed by a Certificate of Authenticity), three-gauge 912 with the correct engine and offered with a five-speed transmission, one of the very few options available; an excellent and highly desirable combination. While early history is not entirely known we do know that it resided in Texas for quite some time up until about 2004 when it was acquired by a California enthusiast who kept it for some time. During this ownership the car received paint and an engine rebuild. It was hardly driven since and today should receive minor sorting and finishing to be considered a superbly restored example that would be show and tour worthy. The benefits of early Porsche ownership in today’s market are huge. There is a fantastic following of enthusiasts. But more importantly are the cars that will continue to define the brand and the market. These early three-gauge 912’s will certainly prove to be valuable pieces of Porsche history and the ultimate combination of 356 power and 911 styling.

The Porsche 912 is a sports car that was manufactured by Porsche of Germany between 1965 and 1969 as their entry-level model. The 912 is a nimble-handling compact performance four-seat vehicle, delivering 90 SAE horsepower at 5800 rpm. It is capable of up to 30 miles per US gallon (7.8 L/100 km; 36 mpg-imp) fuel economy. This combination is possible because of a high-efficiency petrol engine, low weight, and low drag. A variant of the Type 911, one of the most famous and successful sports cars of all time, the Type 912 initially outsold the 911, boosting the manufacturer's total production until success of the 911 was assured. Sold to the public for street use, the Porsche 912 has also proven successful as a race car, from production years to current vintage events. 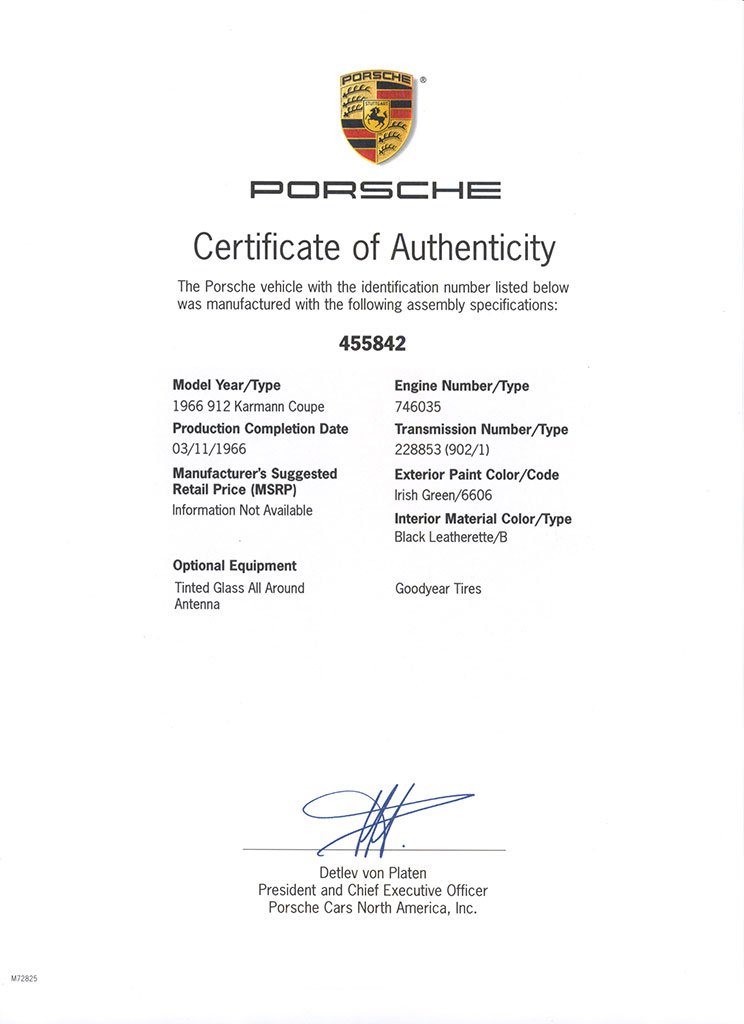