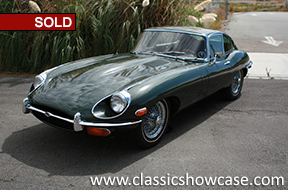 (SOLD) This example is finished in a nice shade of Green with a biscuit leather interior. Equipped with its original 4.2-liter inline six-cylinder engine and a four-speed manual transmission this example has been sparingly driven. With just one just respray from new it remains in mostly original condition. The interior is all original and the engine bay appears original as well and has many of its original hose clamps that back up the originality of this example. Complete with a JDHT Certificate this example also comes complete with a jack and knock-off hammer. 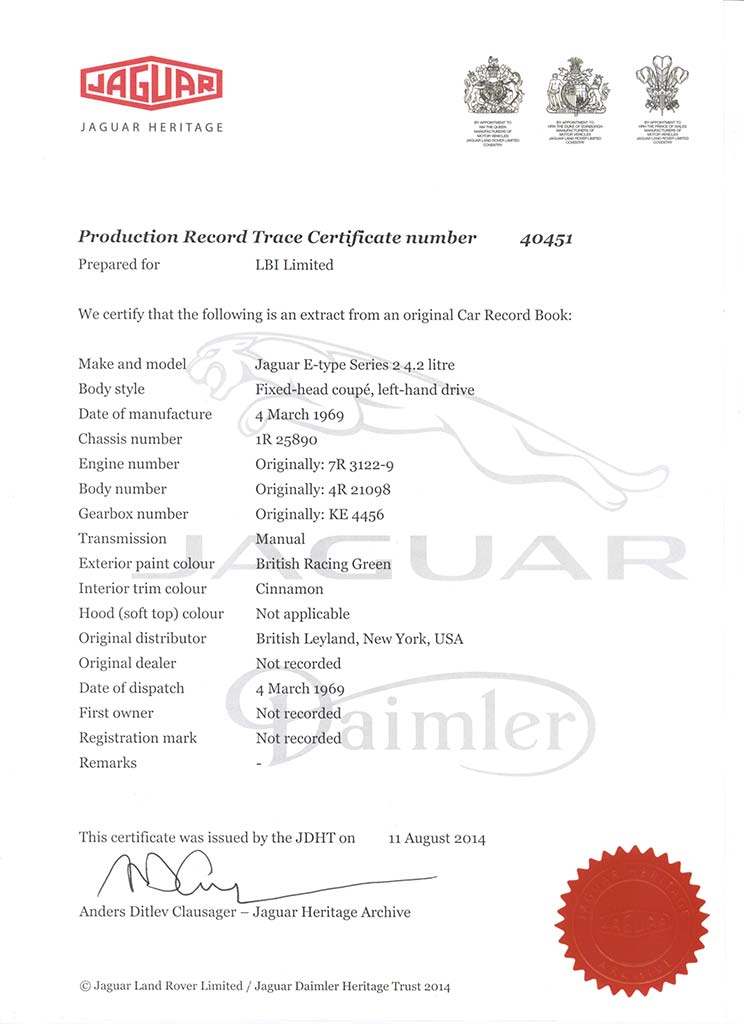