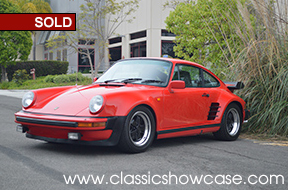 (SOLD) Like its forebears, the 1983 Porsche 930 Turbo was forged in the heat of real world competition and refined around the world on the open road. Despite its reputation as a furious performer, the 930 Turbo behaves as gently around town as any 911-based Porsche, answering the driver’s moderate input with entirely predictable results. But almost no enthusiast who samples the 930’s charms can resist testing its capabilities, and the result is a literal full-body rush as the boost gauge heads skyward and the 3.3L flat-6 boxer engine zooms past 4,000 RPM toward the 5,500 RPM redline. But the 930 Turbo is about more than its powerplant, as one will discover with joy when easing into a winding curve or applying the Turbo’s massive 4-wheel disc brakes. And as anyone who has experienced the Turbo from behind the wheel can attest, there is the additional pleasure of piloting a car that commands the instant attention and admiration of all who see it. If any car makes a statement about its occupants, the 930 Turbo is It, perhaps especially when finished in this example’s brilliant Guards Red. One of 1,015 built to German specification and showing just 33,454 miles, it has all the elements that elevate the Turbo to true greatness, including Turbo-specific 4-speed manual gearbox, suspension and 4-wheel disc brakes. Built with a Black interior with factory sport seats, power sliding sunroof and power driver’s mirror, it also benefits from air conditioning and stereo. Documentation includes a Porsche Certificate of Authenticity.

The Porsche 930 was a sports car built by Porsche between 1975 and 1989, known to the public as the 911 Turbo. It was the maker's top-of-the-range 911 model for its entire production duration and at the time of its introduction the fastest production car available in Germany. 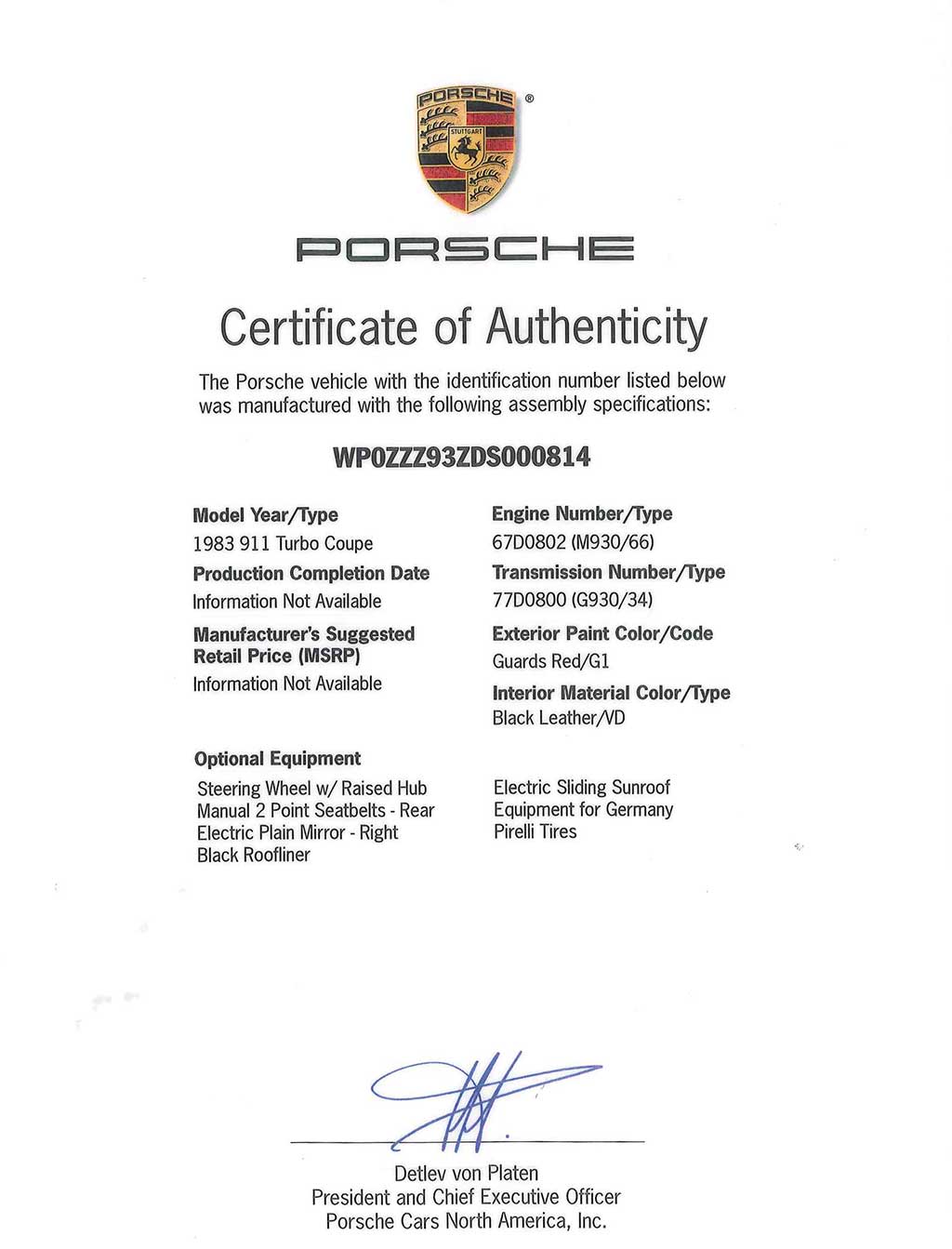