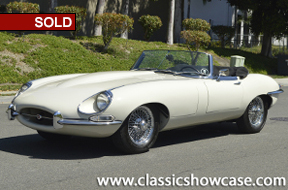 (SOLD) This beautiful Jaguar E-type was restored by Jaguar professionals and has been well sorted since the restoration. Numbers matching, with open headlight, this late Series 1.5 Roadster was built on March 29, 1968 and left the Browns Lane factory in Coventry just under a month later on the 24th of April where it was originally imported through Jaguar Cars of New York. It is finished in Old English white over black leather, and it comes with a black soft top. This 1968 Jaguar E-type has its original fitted, late 4.2 seats which feature adjustable back rests for your driving comfort, full instrumentation, fully synchronized transmission, and dual fans for increased cooling ability. This is the end of the small tail lights, parking lights and bumpers which kept the lines and beauty of the iconic Jaguar E-type. It is accompanied by receipts documenting thousands of dollars in regular maintenance, and it’s Jaguar Daimler Heritage Trust Certificate. A recent service has been performed and it has been well sorted out so it is ready for your enjoyment.

The Jaguar E-Type Roadster presented here is an early 1968 model, it is one of the few Jaguar E-Types that are today popularly known as Series I 1/2 cars as they utilize the open headlight bonnets but are otherwise are very similar to the Series I cars retaining the very favorable 4.2 liter engine. Inspiration from the D-Type is unmistakable, as the Jaguar E-Type had a monocoque passenger compartment, a tube framed engine bay and a tilting hood. The XKE had four-wheel Dunlop disc brakes with the rear discs fitted next to the differential to reduce unsprung weight and, most importantly, fully independent suspension on all four wheels. 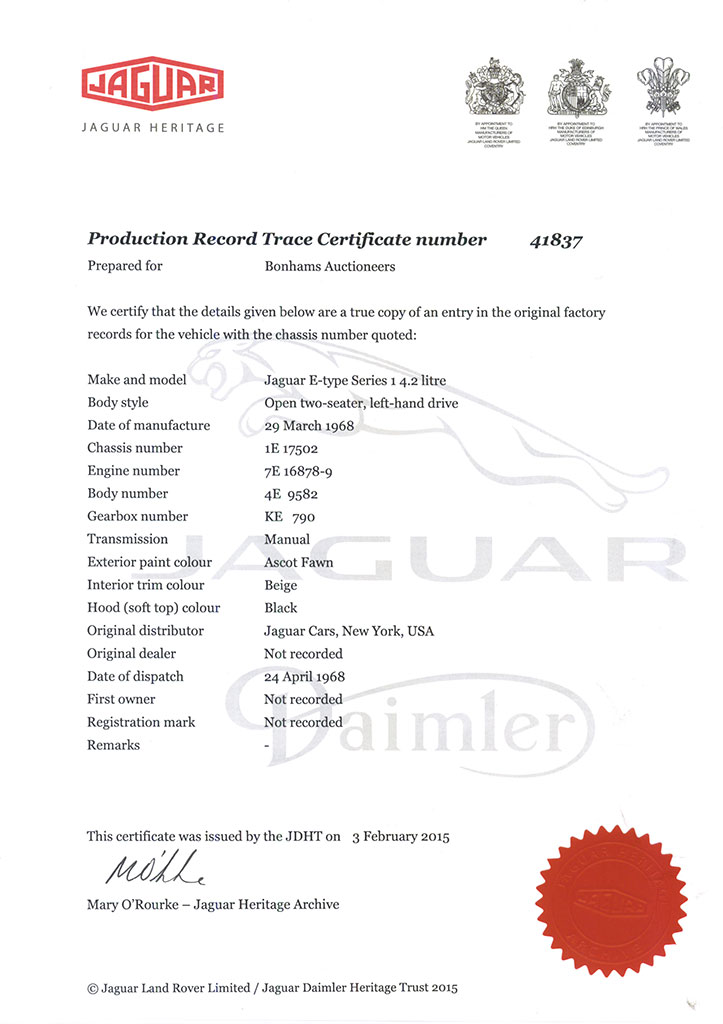