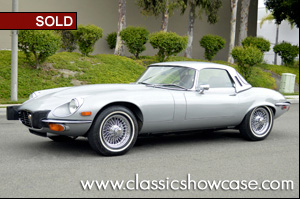 (SOLD) Completed at Jaguar's Browns Lane factory in June of 1974, this exceedingly original E-Type Roadster is one of the final examples of the legendary model. It has been well preserved, and presents today in a very original condition, like it left the factory. Delivered to the US when new, the car is equipped with left hand drive, and is an end-of-the-line twelve-cylinder power plant. Finished in the very fitting livery of Silver Metallic over Russet, it sports a Black convertible top, as well coming with its factory hard top done in Silver Metallic to match the body. This highly original Jaguar is believed to have covered just over 18,000 miles since new. The Jaguar's first owner is believed to have owned the car until 1980, when its most recent previous collector purchased the car. The silver exterior has been refinished at some stage, presumably in the 1980s, and presents today with a lovingly aged patina. The interior has a very original feel, with light patina, has most of the factory trim still in place, and is in outstanding condition. A period radio is installed in the dash, most likely the factory or the dealer installed the unit from when the car was new. A true time capsule of originality, this E-type has a very pleasing patina of age, has low mileage, has been well maintained; boasts great options such as factory A/C, and wire wheels; comes complete with its books, jack, knock off hammer, and Heritage Certificate. Fresh from a recent full service and detail by marque specialists Classic Showcase of Oceanside, CA, this Jaguar would be an enjoyable companion on any number of motoring adventures.

Launched in 1961 at the international motor show in Geneva, the E-type, or XKE, echoed the sensation of the XK-120, perhaps even more. An astonishing performance package, with amazing speed and handling, the XKE’s brand new 4-wheel independent suspension system was so well conceived, it was used by Jaguar for over thirty years. In 1971, a new 5.3 liter 12-cylinder Jaguar V-12 engine was introduced, with upgraded brakes and standard power steering and was available only as a convertible and a 2+2 coupe. This is the second to last year that Jaguar produced the E-type. 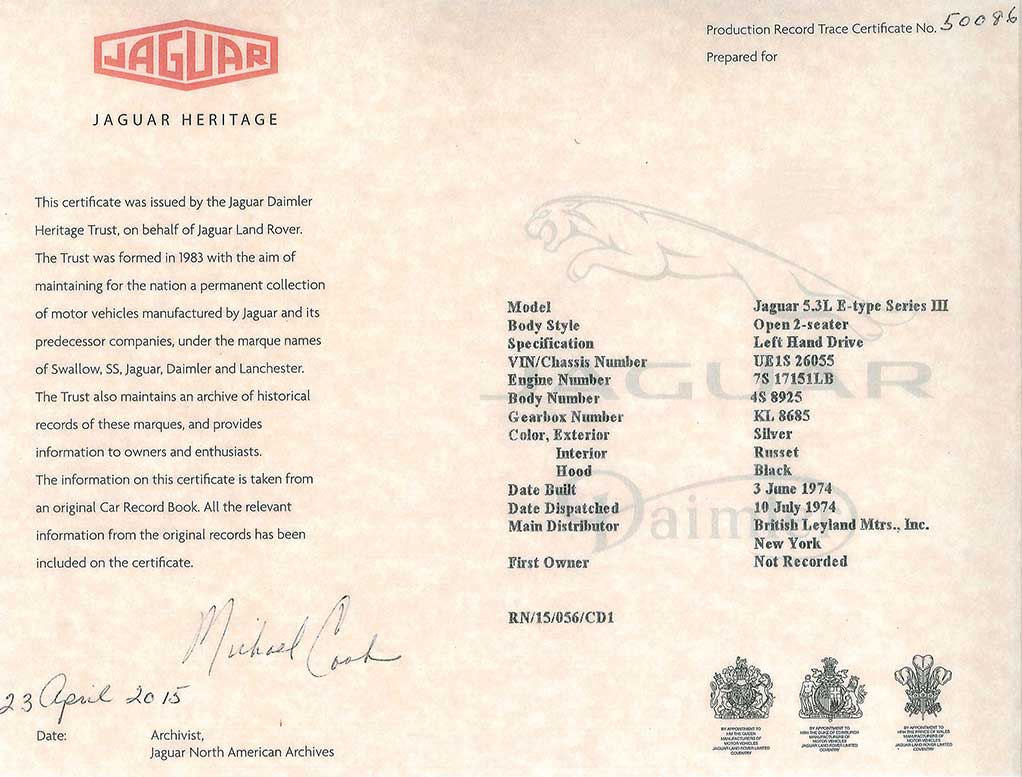