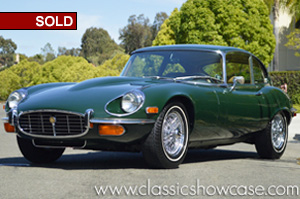 (SOLD) This is an amazing example preserved like it left the factory in 1971, as it has only traveled 8,498 miles since new. It has been well maintained and garage kept. Presented in a spectacular color combination of British Racing Green with a biscuit interior, it still sits upon its original tires, has 3 sets of keys, includes invoices of work performed, has the original books, and the warranty book with protecto plate in the original Jaguar pouch. It has the desirable small chrome front and rear over riders with a well preserved interior. It comes complete with a four speed, A/C, chrome wire wheels, jack, and sporting its original paint, which is virtually perfect. This is for the Jaguar collector that demands originality and wants to add a very desirable, and highly collectible 1st year Series III V12 to their collection. It can be shown in the preservation category as it looks, and even smells, wonderful. 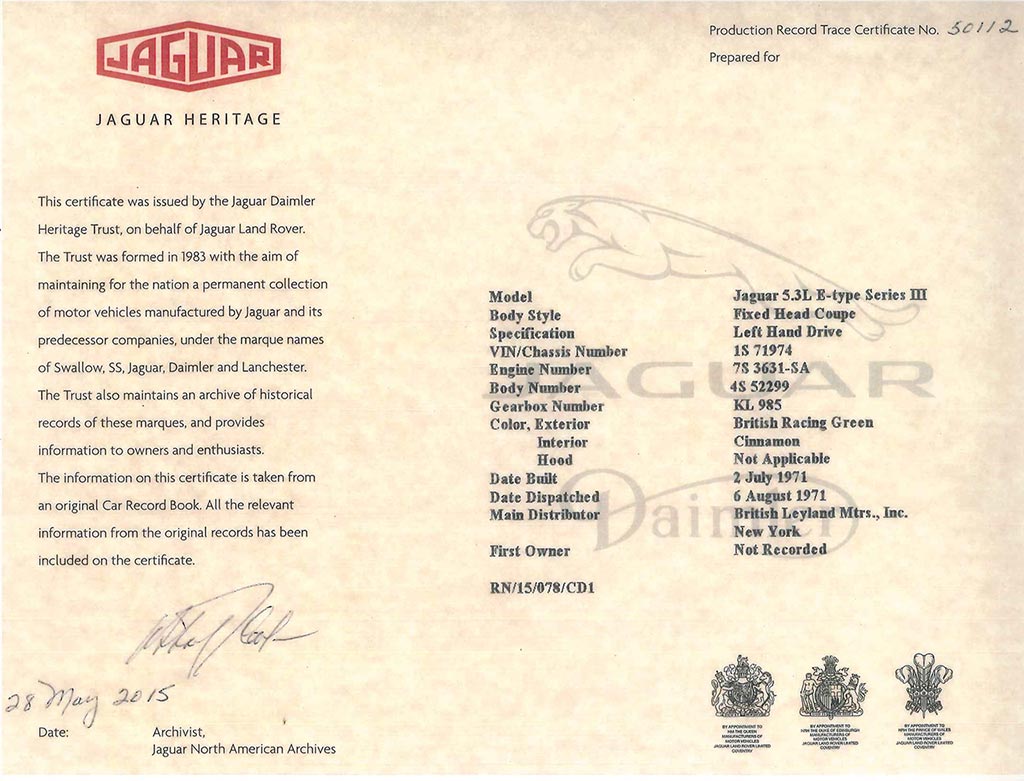