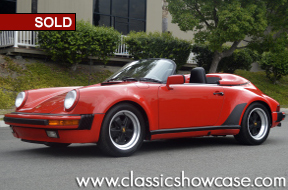 (SOLD) The 911 Carrera Speedster presented here stands in a wonderfully preserved and highly original state; Primarily a Southern California car for most if it's life, this wide-bodied Turbo-look Speedster includes a number of desirable features, including Fuchs wheels, sports seats, a shorter gear shift lever, A/C, a Blaupunkt 'Charleston' radio, and a rear luggage compartment in place of seats This fiery Guards Red 911 Speedster is an exceptional example of one of the most popular Porsche models ever built, and includes a Porsche Certificate of Authenticity. 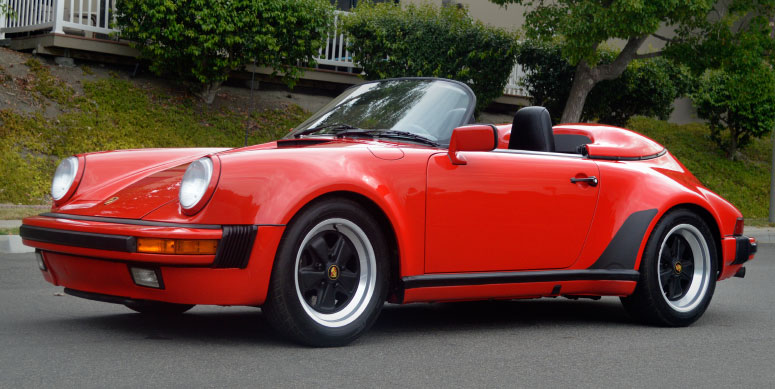 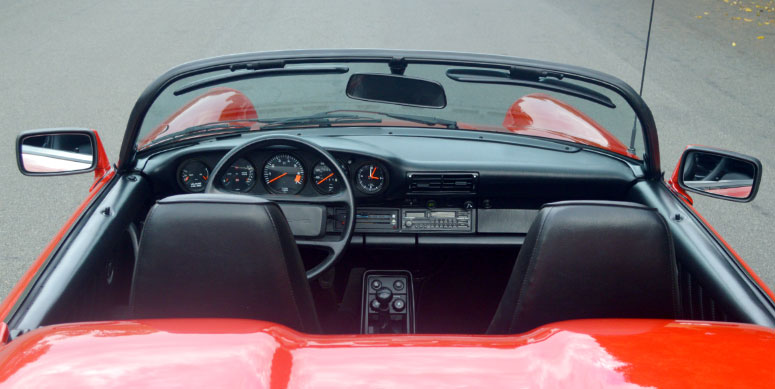 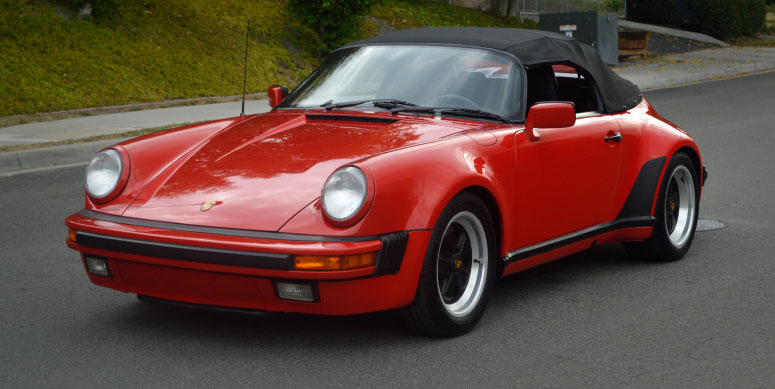 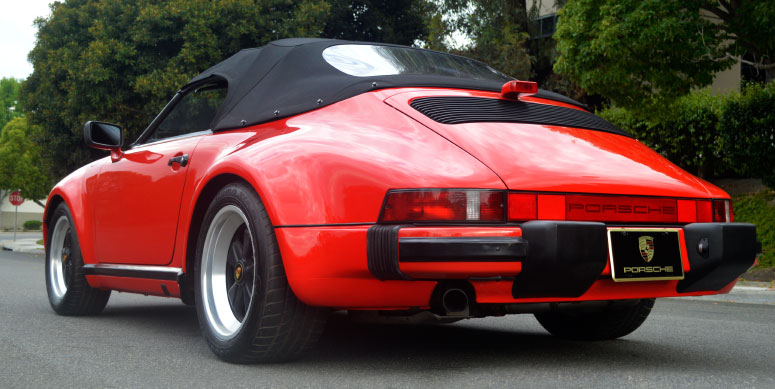 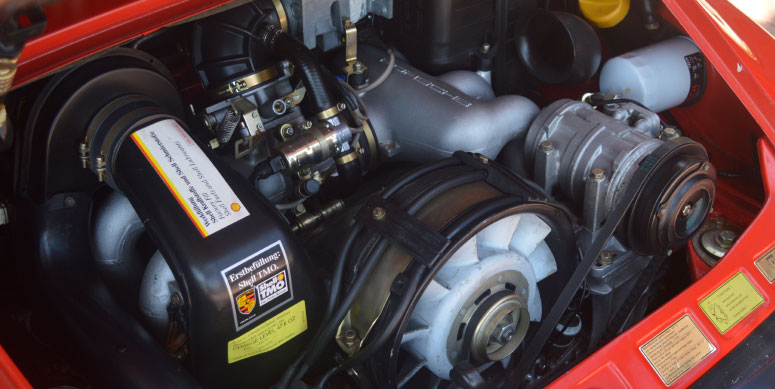 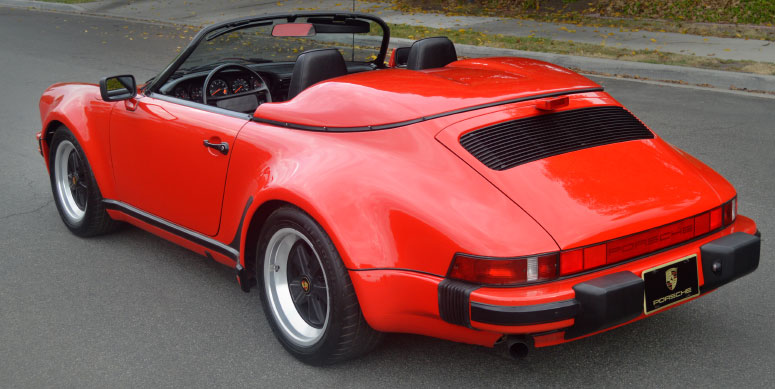 Porsche's first take on a open-top 911 had been the Targa model of 1965, a 'halfway house' design chosen because of fears that a genuine soft-top would not meet US federal safety regulations, but by 1981 the company felt able to proceed with the genuine article. Introduced in normally aspirated 3.0-liter form in 1982, the 911 Cabriolet proved a hit from the moment of its debut at the Geneva Salon in March and by the end of the 1983 model year had sold over 4,000 units, a total some 50% higher than that achieved by the less expensive Targa version. Completing the soft-top 911 line-up was the Speedster, which revived a charismatic model from Porsche's past when it arrived in 1989, the name previously having been applied to that most stylish of the many Type 356 variants. The 3.2-liter Speedster was launched immediately prior to the introduction of the new Type 964 bodyshell, and thus was the last 911 model to feature the old style body based on the original design of 1963. Chief stylist Tony Lapine reworked the latter, incorporating numerous references to the original 356 Speedster as well as a pair of controversial 'camel hump' cowlings behind the seats that concealed the stowed-away manual top, a simplified affair described by the factory as for 'temporary' use only. From 1984 Porsche had offered the 'Turbo Look' body style - flared wheel arches, large rear wing and deeper front spoiler - on its normally aspirated models and this option was extended to the Speedster, the vast majority of which were ordered with it. One of the rarest of the 911 family, the Speedster was built during 1989 only, and a mere 2,065 cars were completed. 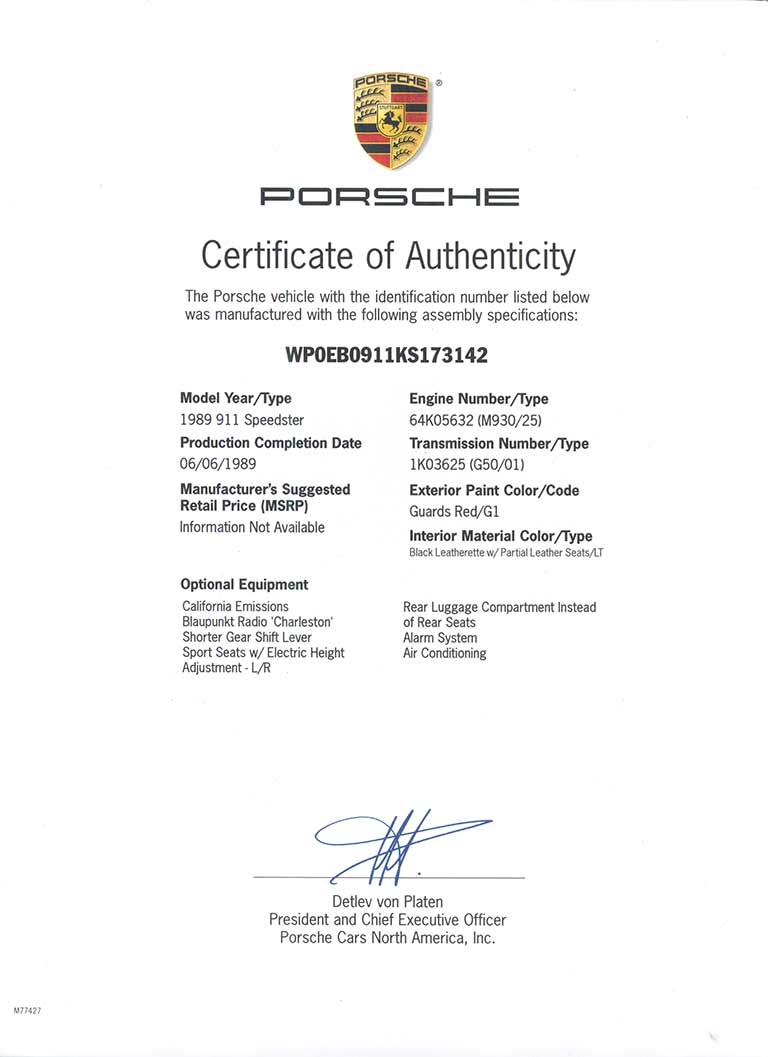