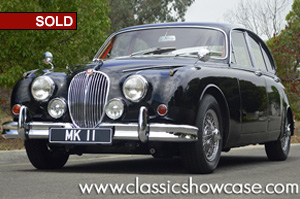 (SOLD) The ultimate iteration of the seminal Mark II model, this 3.8-liter overdrive-equipped example which has been very well cared for during its lifetime, exhibiting many original finishes throughout. Its matching-numbers original engine has been recently rebuilt. Since in Classic Showcases care this Mark II has undergone the following services: the under carriage was restored, new suspension bushings added, new exhaust, new U-joints, new bearings/seals /axles seals installed, replaced ball joints and A-arms, the braking system was rebuilt, the engine and hydraulic systems were completely rebuilt, rebuilt the carburetors and distributor, performed a tune up, added a new aluminum radiator, changed out the water hoses, added a new fuel pump, epoxy sealed the gas tank, added new carpet overlays in red British material with heel pads, it was shod with new tires, it was wet sanded and buffed to a lustrous shine, and it had the original bumpers and over riders re-chromed. This Mark II already had great interior wood and headliner. The minimum was done to the interior to keep the original patina intact, keeping with a very elegant look. It runs and drives well, and is outfitted with wire wheels, and has a perfect fit that still retains that great “click” shut noise. Accompanying the car is the original keys and a working original radio. With no rust, this is truly a very solid car. The MKII is truly a Jaguar icon and style leader of the 1960’s, eclipsed only by the mighty E-Type in terms of stylistic recognition. Of all the MKI and MKII variants, it is the 3.8-liter, overdrive-equipped MKII cars such as this one that are at the top of the heap. Fine, largely unrestored examples such as this are rarely coming up for sale today, making this opportunity all the more special. 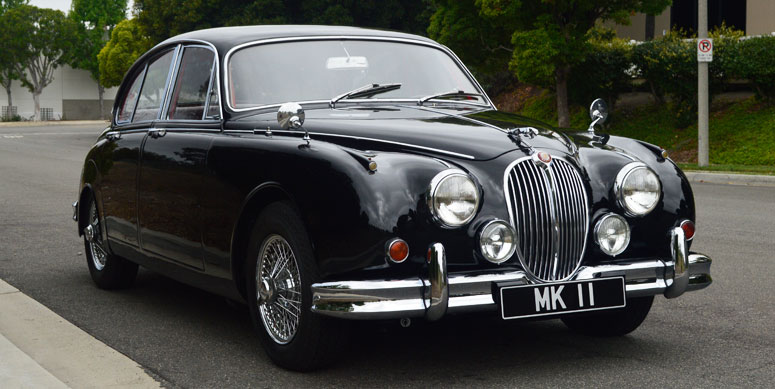 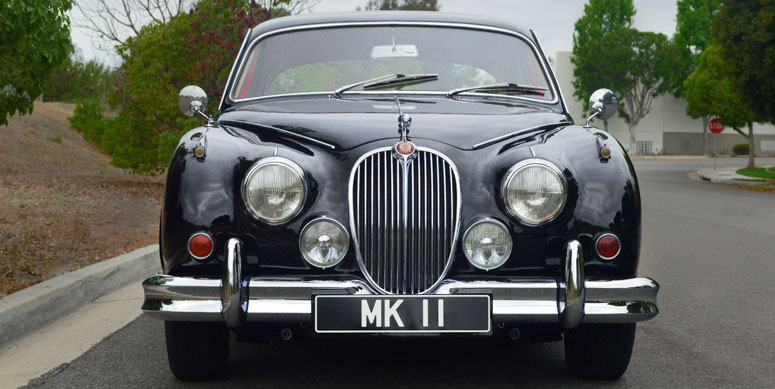 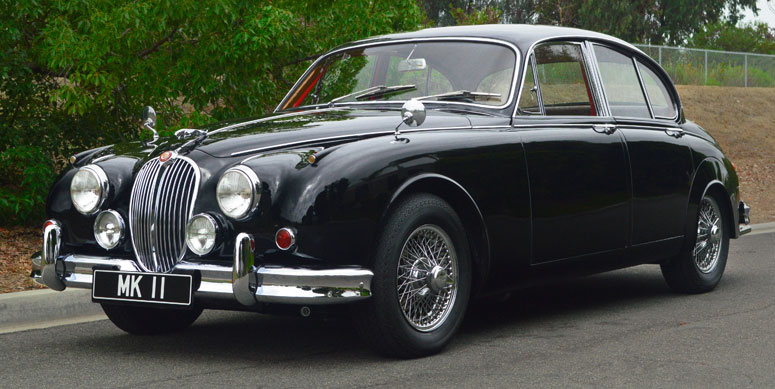 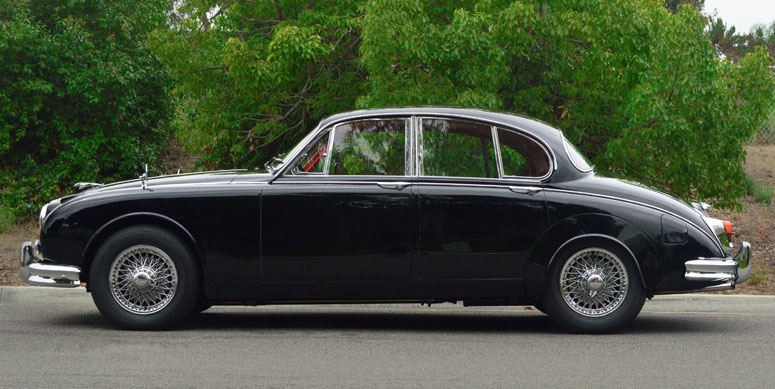 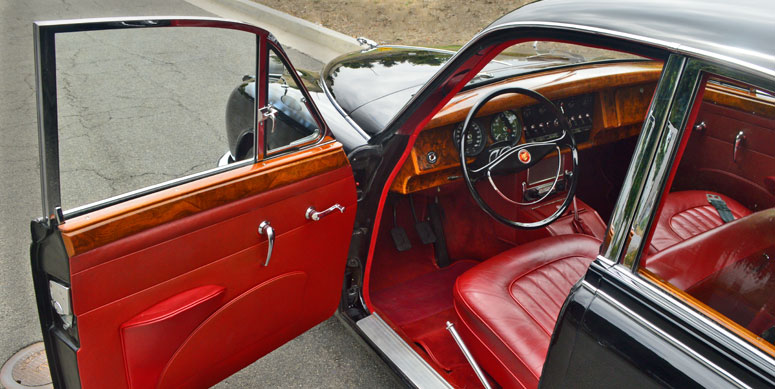 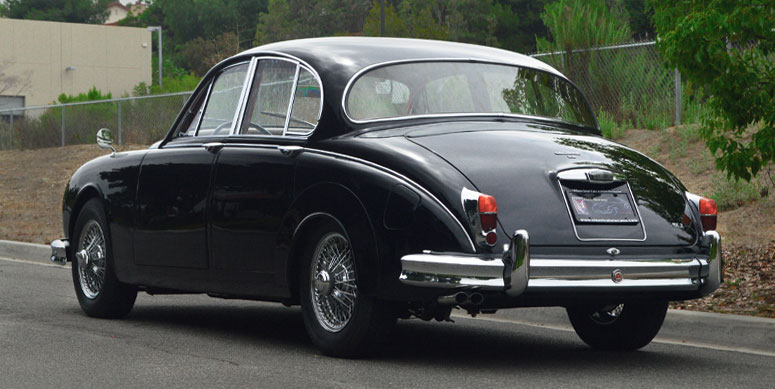 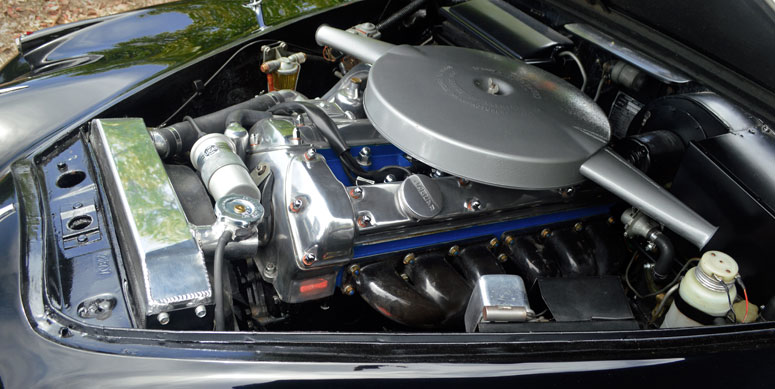 Adhering to William Lyons' maxim of "grace, pace and space", the Mark II was a beautiful, fast and capable saloon car. The 3.8 is similar to the unit used in the 3.8 E-Type (XKE), having a different inlet manifold and carburetion (two SUs versus three on the E-Type in Europe) and therefore 30 bhp less. The head of the six cylinder engine in the E-Type was also different with its "straight port" layout as opposed to the slightly curved ports of the Mark II. The 2.4 was fitted with twin Solexes, of which three were used in US spec 3.4s and 3.8s in order to meet smog emissions legislation. The dashboard was redesigned with the speedometer and rev counter relocated in front of the driver, the six toggle switches and four minor gauges being set across the center. Independent front suspension was by wishbone and coil springs, with a leaf-sprung live axle at the rear. This, combined with superior Dunlop disc brakes all round and a choice of 2.4, 3.4 and 3.8-liter XK engines, provided the discerning, string-back gloved, enthusiast driver with one of the finest sports saloons available in the 1960’s. In its ultimate, 3.8-liter, overdrive-equipped form, the MKII could reach 125 mph with 60 mph coming up in 8.5 seconds, impressive figures for a saloon of its size even by today's standards. The Mark II model was raced successfully in the European Touring Car Championship.