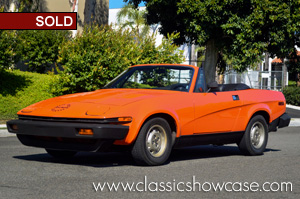 (SOLD) It’s not often that you find such originality and patina in a car, but this extremely original and well-kept TR-7 roadster is just such an example. This California original Blue Plate car retains its original bill of sale, delivery paperwork from the Southern California Triumph dealership where it was purchased from, original Triumph Maintenance Handbook, CA DMV registration documents dating back to new, and includes a large collection of receipts from work performed. The TR-7 is in very good running and driving condition, and has received a comprehensive servicing by Triumph professionals at Classic Showcase of Oceanside, CA. With such a great example being offered, this extremely well documented TR-7 roadster presents you with a great opportunity to own one of the next up and coming British classics. 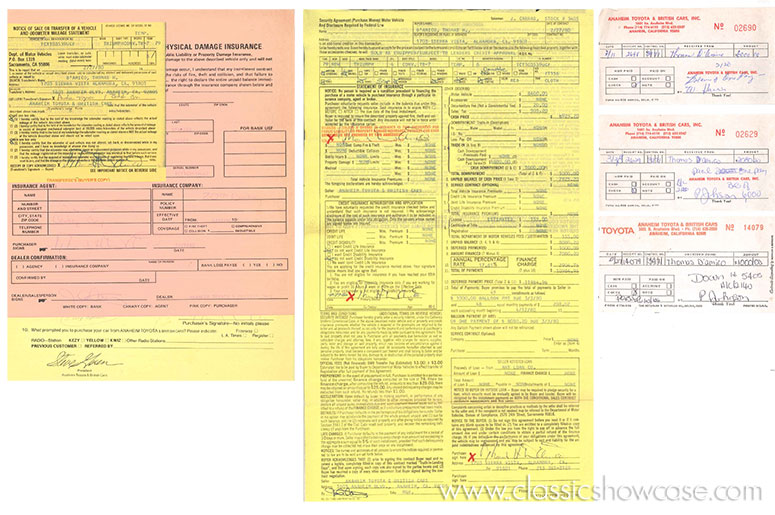 The Triumph TR-7 is a sports car manufactured from September 1974 to October 1981 by the Triumph Motor Company (which was part of British Leyland) in the United Kingdom. It was initially produced at the Speke, Liverpool factory, moving to Canley, Coventry in 1978 and then finally to the Rover Solihull plant in 1980. The car was launched in the United States in January 1975, with its UK home market debut in May 1976. The UK launch was delayed at least twice because of high demand for the vehicle in the US, with final sales of new TR-7s continuing into 1982.