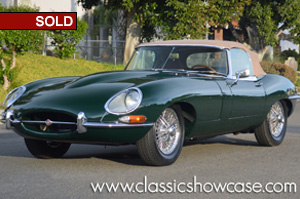 (SOLD) This 1962 Jaguar Series 1 E-Type being presented here is an original California Black plate matching-numbers car. It was built and dispatched in the first quarter of 1962, placing it in the most desirable and coveted of the E-Type series. The XKE features a traditional and lively color combination of British Racing Green, over a BASS Biscuit interior in all the proper materials. In addition, our trimmers installed a matching Biscuit top and Boot cover to the roadster, further adding to its beauty, elegance, and sleek lines. This was a single-owned California car for over 20 years, and has benefited from a professional restoration by a well-known Jaguar restorer. The car includes a binder of original receipts and photos documenting the restoration of the car. This Series 1 E-Type offers the collector a wonderful opportunity to experience and own an early Series 1 E-Type worthy of showing, driving, and enjoying - whether you are a seasoned Jaguar collector, or a person who desires to become one.

Much has been said about the introduction of the Type-E Jaguar. One of most stylish designs to ever grace the automotive landscape, the spectacular blend of its refined extended nose and low-slung windscreen, conservative chrome accents, and horizontal-slashing rear bumper wrap had no equal. First redesigned by Malcolm Sayer for its 1961 introduction, the E proved to be the perfect follow-up to the C and D-Type models that had helped define the company founded by Sir William Lyons as both an exquisite manufacturer and a fierce racing competitor during the prior decade. Indeed, this latest model proved immensely popular, with the company selling over 70,000 during the 14-year model run that would not end until 1975. The example being presented today speaks to the exclusivity shared only by owners who possess these so-named Series 1 model convertibles, those premier releases in initial form that arrived between 1961 and 1967. 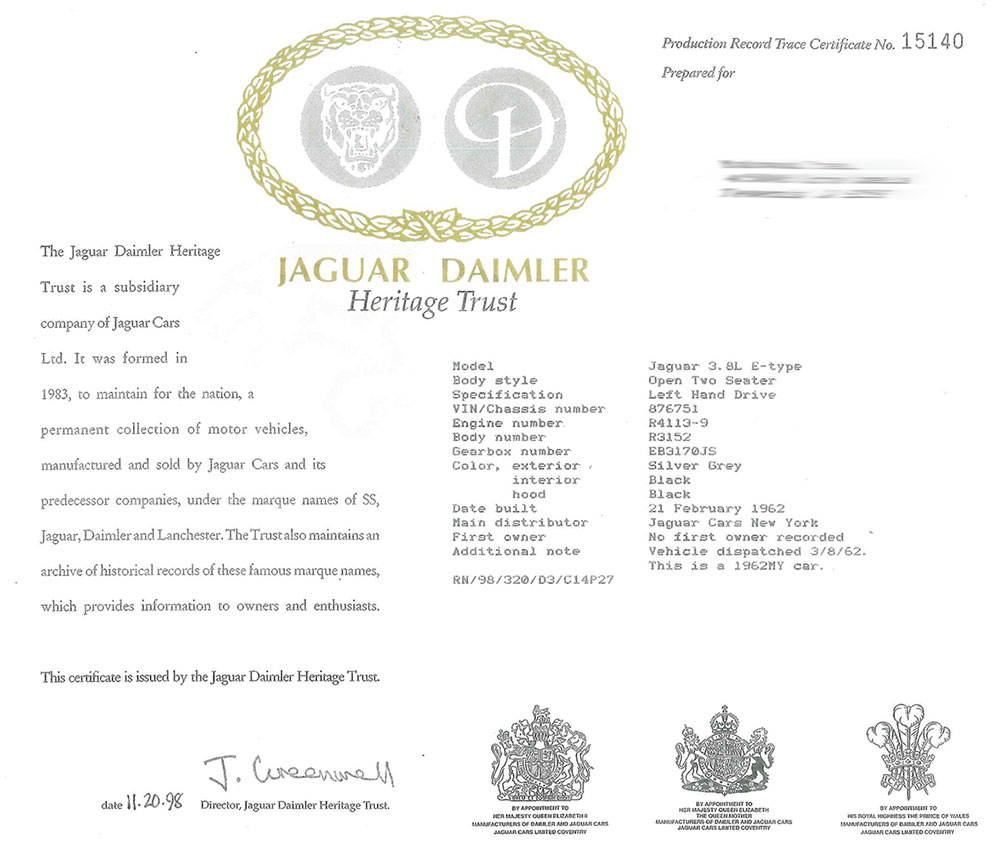