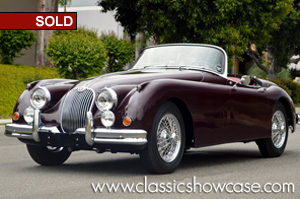 (SOLD) This spectacular example of an XK-150 S Roadster has won first place in (2) JCNA-sanctioned Concours events, including the 2016 Mexico City Concours de Elegance - where it won Best of Show. In addition, the Roadster was driven in parade laps by renowned British F1 racing driver Jolyon Palmer at the 2016 Mexico City Grand Prix. This incredible example has been comprehensively restored by Jaguar professionals and comes in a spectacular color combination of Claret over a Red trimmed interior with Black top. It has only traveled 500 miles since it's restoration, and is a great running and driving car that is ready for the show circuit, or as an excellent investment-grade Jaguar. 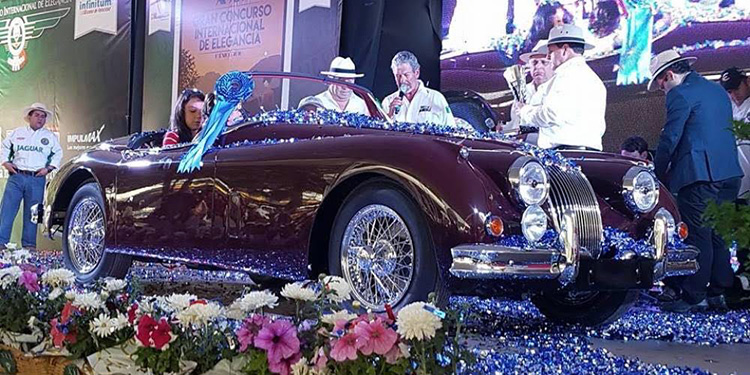 In 1957 Jaguar introduced the XK-150, a replacement for the XK-140. The XK-150 had many similarities to its predecessors but it featured modern styling and improved mechanics. Only 4,450 Coupes were produced of the XK-150 between 1957 and 1961 with 10,000 XK-150’s produced total. The XK-150 was plusher and more civilized, and substantially restyled, with a re-contoured beltline, wider grille and a one-piece windshield. The curvature of the line from front to rear fender was much straightened, resulting in a heavier look. For better drivability, disc brakes were fitted with servo assist. Compared with the XK 140, the following technological improvements can be noted: the XK 150 was fitted with disc brakes on the front wheels and with more powerful engines. The 3.4-litre XK engine fetched a standard 210 hp, and the SE Special Equipment version even 250 hp. From 1958, the XK 150 was also available with a 3.8-litre XK engine with a capacity of no less than 265 hp. 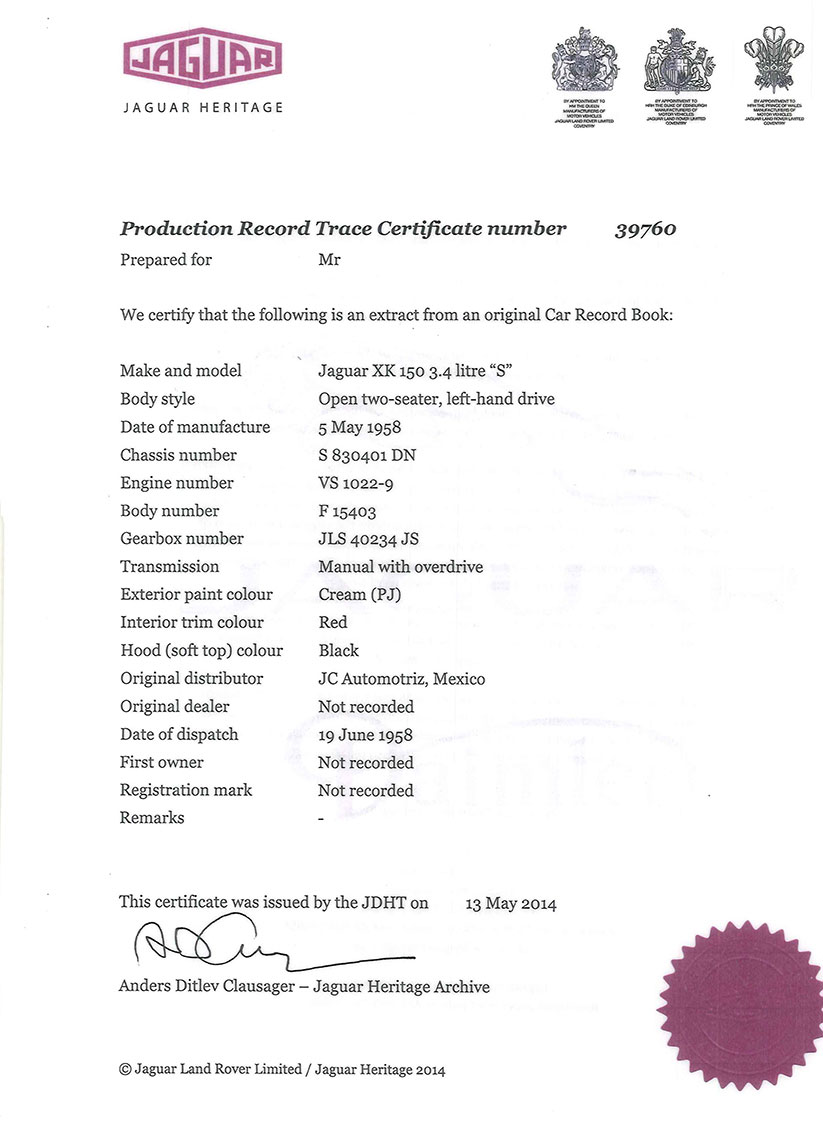