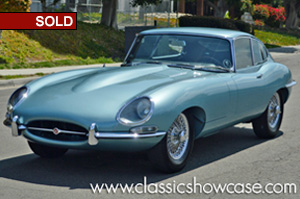 (SOLD) This Opalescent Silver Blue Series 1 E-Type Fixed Head Coupe is a matching-numbers (2) owner since new Colorado car that has just recently completed a comprehensive Show/Driver Show Car rotisserie restoration to very high standards. While the car can be driven as desired, this Coupe’s restoration was focused on show competition, and stands as an excellent candidate for Concours showing. It is getting increasingly difficult to find matching-number E-types in original color combinations; when we find such examples, we like to restore them to a higher level to not only preserve the great Heritage of E-types, but to also create a great investment for the collector.

During the E-Type’s restoration process it was fully disassembled, and photo documented; it was then taken to bare metal, metal-worked on a rotisserie, then finished and repainted in Opalescent Silver Blue. All of the Coupe’s mechanical systems were gone through and rebuilt to specification, and all brite work has been re-plated to that of a show-level quality. All mechanical components were gone through including the electrical, cooling, fuel, and the hydraulic systems, with each brought back to their respective factory specifications. The engine, transmission, and rear end have been completely rebuilt, along with the carburetors, starter, and alternator. The Coupe’s radiator was replaced, and it's gas tank was epoxy-sealed and restored as well, along with the addition of a new stainless-steel exhaust system.

The interior of the XKE has received a freshly trimmed Dark Blue interior, custom-fit and installed by our Master Trimmer in our upholstery department, along with a new headliner, sun visors, all panels, leather trimmed seats (with Moquet backing), its original wooden steering wheel (that we fully restored), along with a complimenting fully functional, period-correct AM-FM radio.

With such coveted Series 1-specific features such as covered headlights, triple SU carbs, toggle switches, and comfortable seats, this example is a part of the generation of XKEs known to be one of the most classic and drive-able of all early E-Types. A Heritage Certificate of Authenticity and USB drive of pictures and an MP4 video of the Coupe's restoration accompany the vehicle.

View a YouTube 4K vehicle overview of the Coupe below: 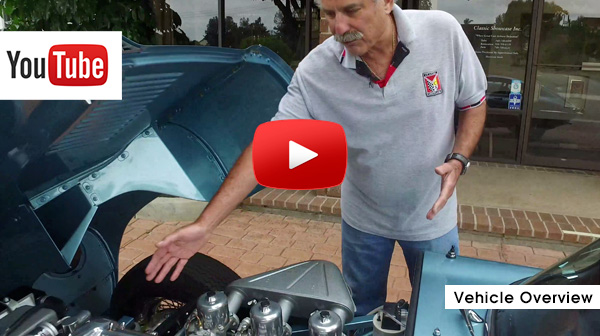 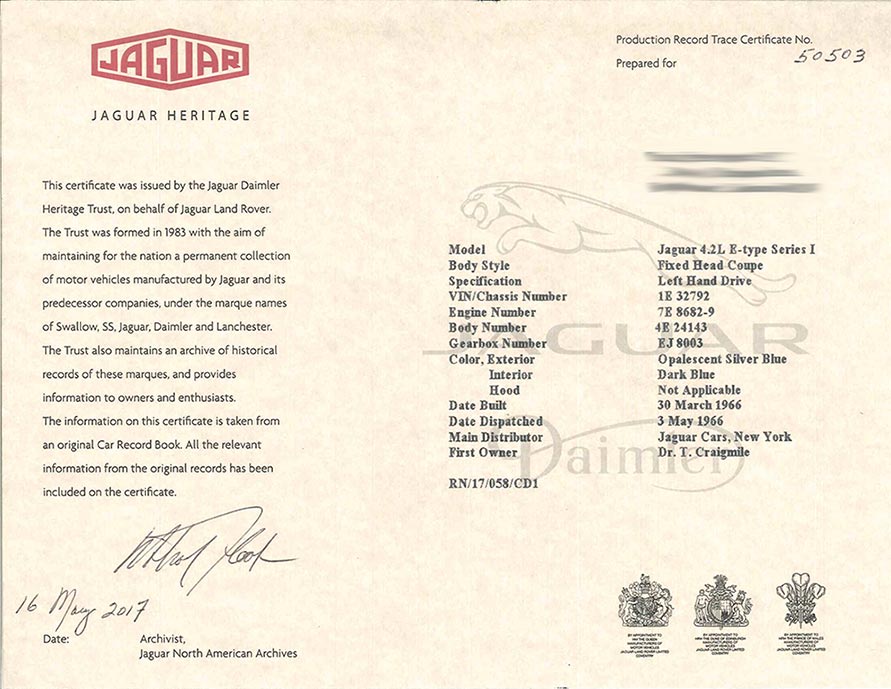