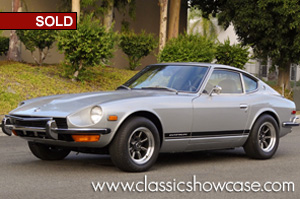 (SOLD) This Datsun 240Z is a rust-free Sacramento, California car that has benefited from a single, long term owner for over 30 years, and has been passionately cared for and maintained throughout the course of its life. The car comes in a great color combination of Silver with a newly trimmed Black interior, and the 240Z's 2.4L engine has been professionally rebuilt and recently serviced by a Z specialist. Its very rare to find such a original unmolested example that not only looks great but runs and drives as well and is highly collectible.

Also included with the Z is its original owner's manual, warranty and service booklet, and several receipts. 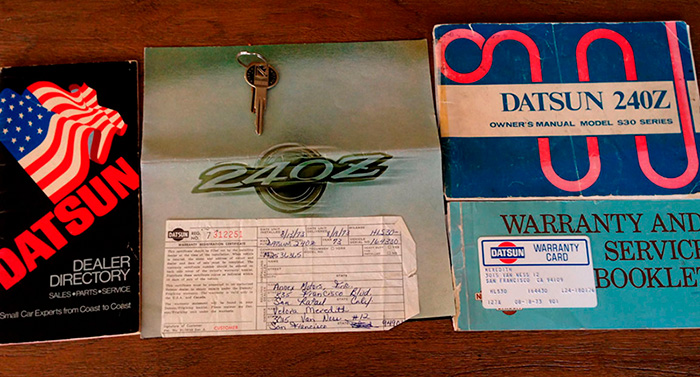 The Datsun 240Z was introduced in 1969 as a 1970 model. The engine was a derivation of the Datsun 1600. The Datsun 1600 was a copy of the 1960’s six-cylinder Mercedes-Benz 220 engine, but with two less cylinders. By adding two extra cylinders in the 240Z the cylinder count was back to six. With 151 horsepower and 146 pound-feet of torque the vehicle could propel from zero-to-sixty in eight seconds. The independent suspension and the rack-and-pinion steering added to its quick response, performance, and handling. The front disc brakes brought the car to a stop from high speeds in just seconds. Due to the performance and low price of this vehicle during it’s time, there was a seven month waiting list to acquire one of these incredible cars.