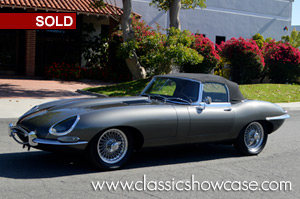 (SOLD) This numbers-matching, one-owner High-Level Driver XKE features a striking Opalescent Gunmetal over Black color combination, and remains in its original but unmolested condition. This is from the family of the most desirable of the Series 1 examples. It features triple SU carburetors covered headlights, a four speed transmission, wire wheels, toggle switches on the dash, comfortable bucket seats, and center console with armrest. The roadster has always been well maintained, and has received a full service and detail by Classic Showcase. The E-Type comes with a Jaguar Heritage certificate, receipts and records documenting it's service history. This is a great dependable example that is ready to be enjoyed as-is or may be easily taken to a higher level if so desired. Series 1 examples of this caliber and originality are getting increasingly hard to find as their popularity has increased in recent years. Regardless of your use, this E-Type stands as an excellent investment.

New! View a short test-drive and showroom walk-around video in 1080p on YouTube: 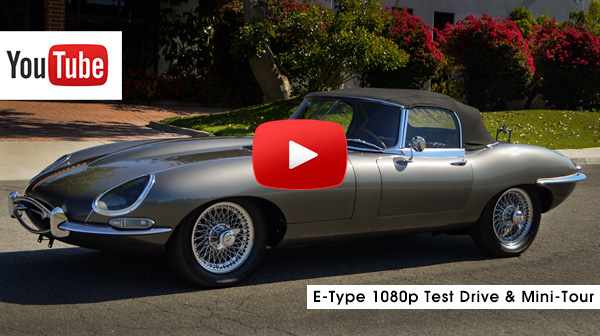 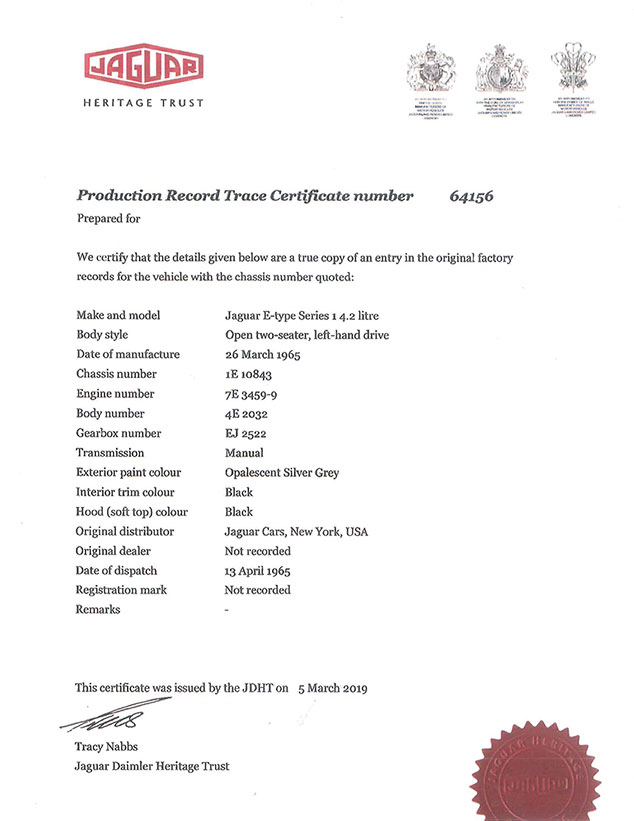