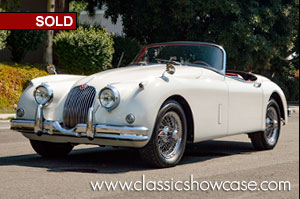 (SOLD) Built 10 June 1958, the example offered here left the factory wearing highly attractive Old English White paintwork over a Red Leather interior with a Fawn top. Comprehensively restored to this very color scheme in recent years by Jaguar Professionals, the paintwork, brightwork, and luxurious red leather interior with matching carpet appears to be nearly new. The engine bay also shows beautifully, with clean surfaces, shiny paint, and brightly polished chrome surfaces throughout. At the time of restoration, the car received a unique and highly attractive burled-wood dash in place of the usual leather panels, a classic and highly attractive touch. Included with the car is a Jaguar factory service manual, wheel hammer, and a selection of documents. 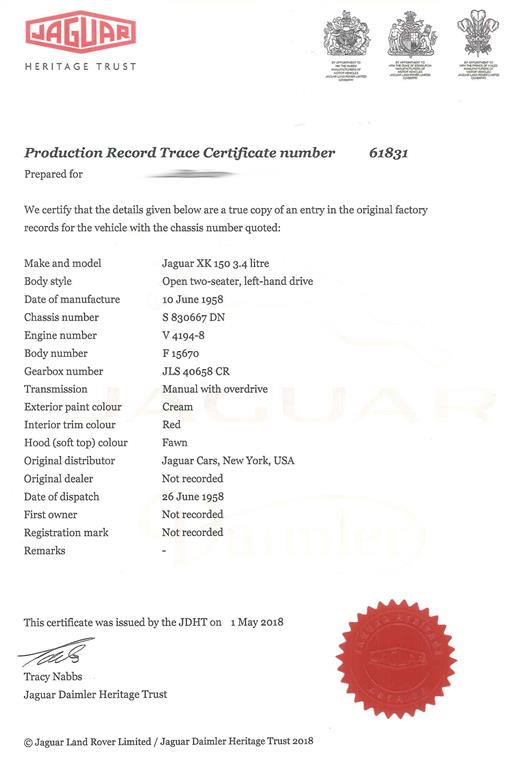