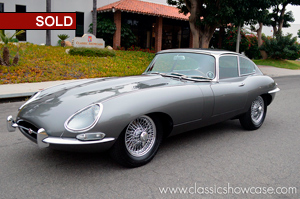 SOLD This numbers-matching 1967 Jaguar XKE, numbered 171 from the 1967 production run, has been recently restored, and comes in a striking color combination of Opalescent Gunmetal with a Red interior. The team at Classic Showcase performed a rotisserie-restoration to bring the Coupe back to factory standards, and elevated it to that of a world-class Show level E-type.

Included in the restoration process, the vehicle has been completely dissembled, and the interior has been removed and documented, the body has been stripped to bare metal and placed on a rotisserie, and the body has been worked, metal finished, fitted, and leaded as needed, and all body parts and chrome was fitted to the E-type in bare metal. The car has been primered, sealed, and had base coat and clear coat applied, followed by color sanding and buffing to the beautiful finish you see today. All body parts were painted off the car separately.

All systems have been gone through and restored, or replaced, as necessary. The transmission, clutch, and hydraulic systems have been restored, replaced, and the car has received all new rubber, grommets and seals. In addition, the britework has been fitted, and re-plated to Show level quality. The car has received all new upholstery, which was fitted and installed in the correct materials by master upholsterers in our Upholstery Department. The Coupe's parts and components have been restored in the proper colors and finishes as well, and NOS parts have been used wherever possible. Extreme attention to detail was given because of the importance of this early, highly original E-type.

An MP4 video file of the restoration process, along with a Heritage Certificate of Authenticity will accompany the vehicle.

New! View a walk-around video in 4K on YouTube: 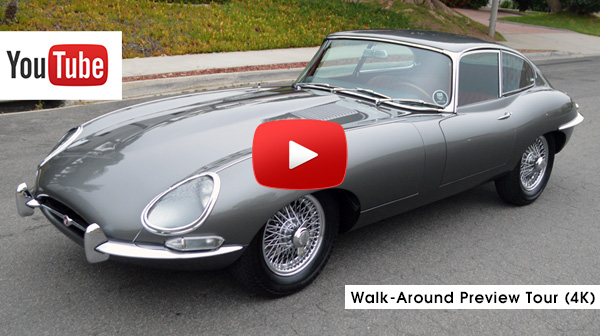 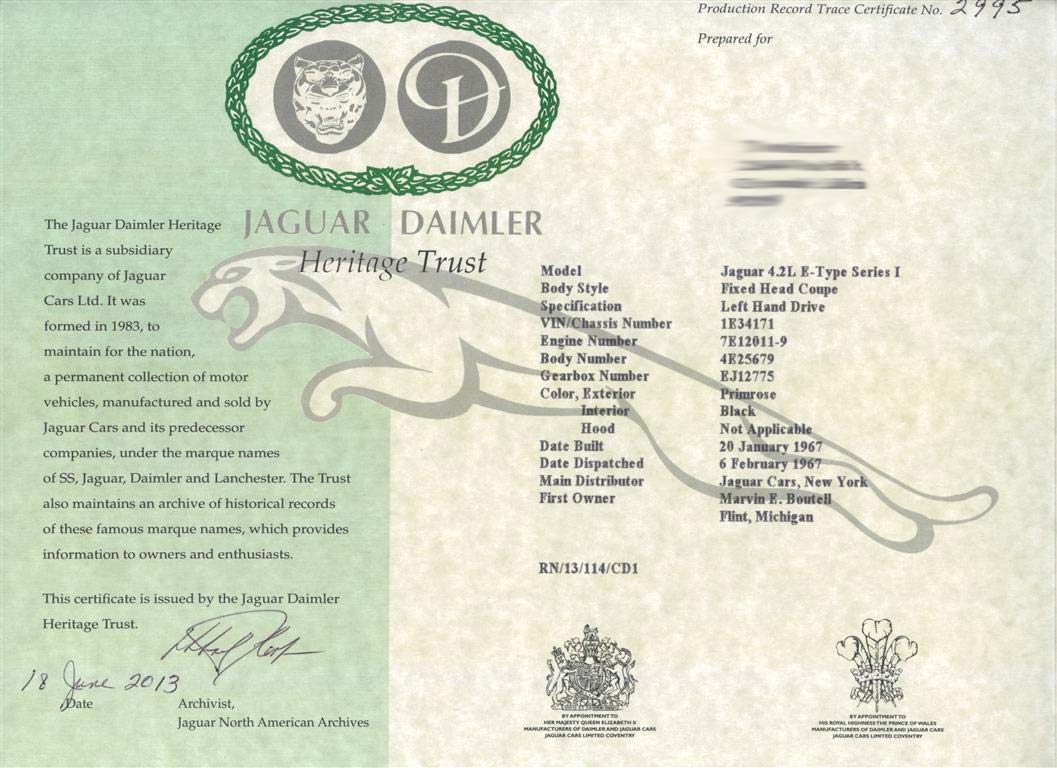