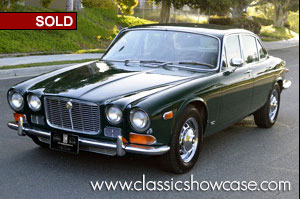 (SOLD) The Series 1 XJ6 sedan is one of the most stylish of the latter-day Jaguar classics offered, and often thought of as the best of the XK series of cars. This particular example comes from a prominent collector's stable of cars and features one of Jaguar’s finest official colors - a very attractive British Racing Green exterior over a Suede Green interior.

It should be noted that this is one of the finest - if not "the" finest early XJ6 example we have *ever* come across, and should please the most discerning of XJ aficionados and collectors.

Classic Showcase previously repainted and performed upholstery work as seen in the supplied photo gallery. The sedan has held limited ownership, has been extremely well maintained, and is scheduled for a full service and detail by Jaguar professionals at Classic Showcase.

During previous ownership, the collector commissioned a local professional Jaguar shop to remove and rebuild the engine, the transmission, and carburetors. It also had a major tune-up, a new front windshield and wipers installed, new engine mounts, the clock was serviced, an alignment was done, a new compressor was added, the A/C system was serviced with new A/C hoses, leaks were repaired and the A/C was charged with R12 Freon. The previous owner was very meticulous about the cars in his collection and retained receipts for all of the work performed, which are included with the car.

The car has a number of unique features that are exclusive to the Series 1 versions, including a large front grill, Leper logos on each side, and a set of distinct chrome wheels complimented by chrome hubcaps. The sedan also features: a British Leyland AM/FM radio, power steering, power windows, A/C, and power brakes, telescopic steering wheel, a complete tool kit, jack, spare tire, and a large trove of receipts and photos of previous work performed. There are beautiful lines and great features with the series 1 line of XJ cars, and are typically very sought after by Jaguar collectors. These series 1 examples are getting increasingly harder to find - let alone in such great running and driving condition, so don’t miss this opportunity to experience the last Jaguar model that was fully designed by Sir William Lyons, the founder of Jaguar. 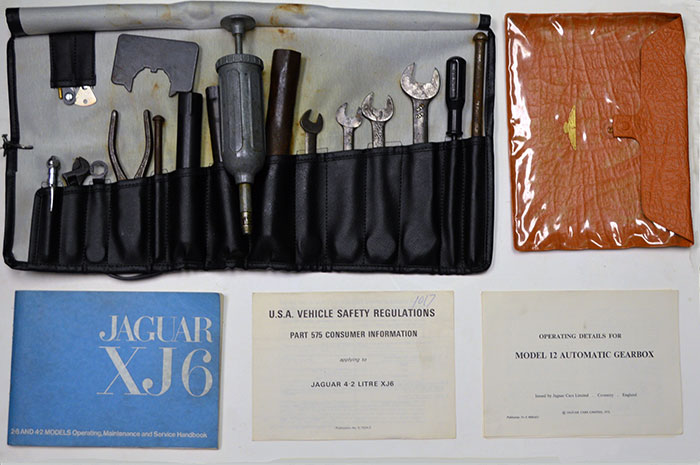 New! View a walk-around video in 4K on YouTube: 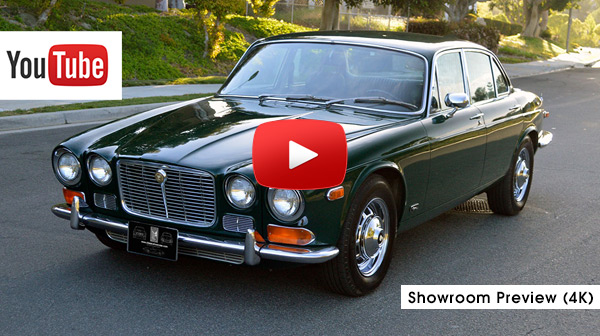