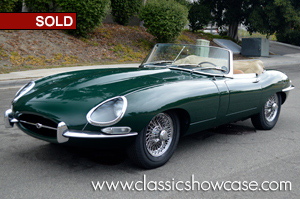 This 1962 Jaguar E-Type roadster is an early flat-floor, numbers-matching example that was comprehensively restored by Muncie Imports, a professional Jaguar restoration facility. There is an abundant amount of documentation, receipts, and photographs documenting all of the work performed on the car. It has always been properly maintained and cared for, and has been stored inside of a garage when not being driven. The XKE stands in one Jaguar's most desirable colors of British Racing Green, drives just as nice as it looks, and has also received a fresh set of Universal Sport 185-15 tires. This E-Type has also competed in Jaguar concours events with good achievements, and is ready to continue to compete, or simply drive on your favorite road. This is a highly collectible and desirable early E-Type model and year to own, and would make a nice addition to any Jaguar collectors stable of classics. The roadster comes with a JDHT certificate of authenticity, along with documented photos of the restoration and receipts. 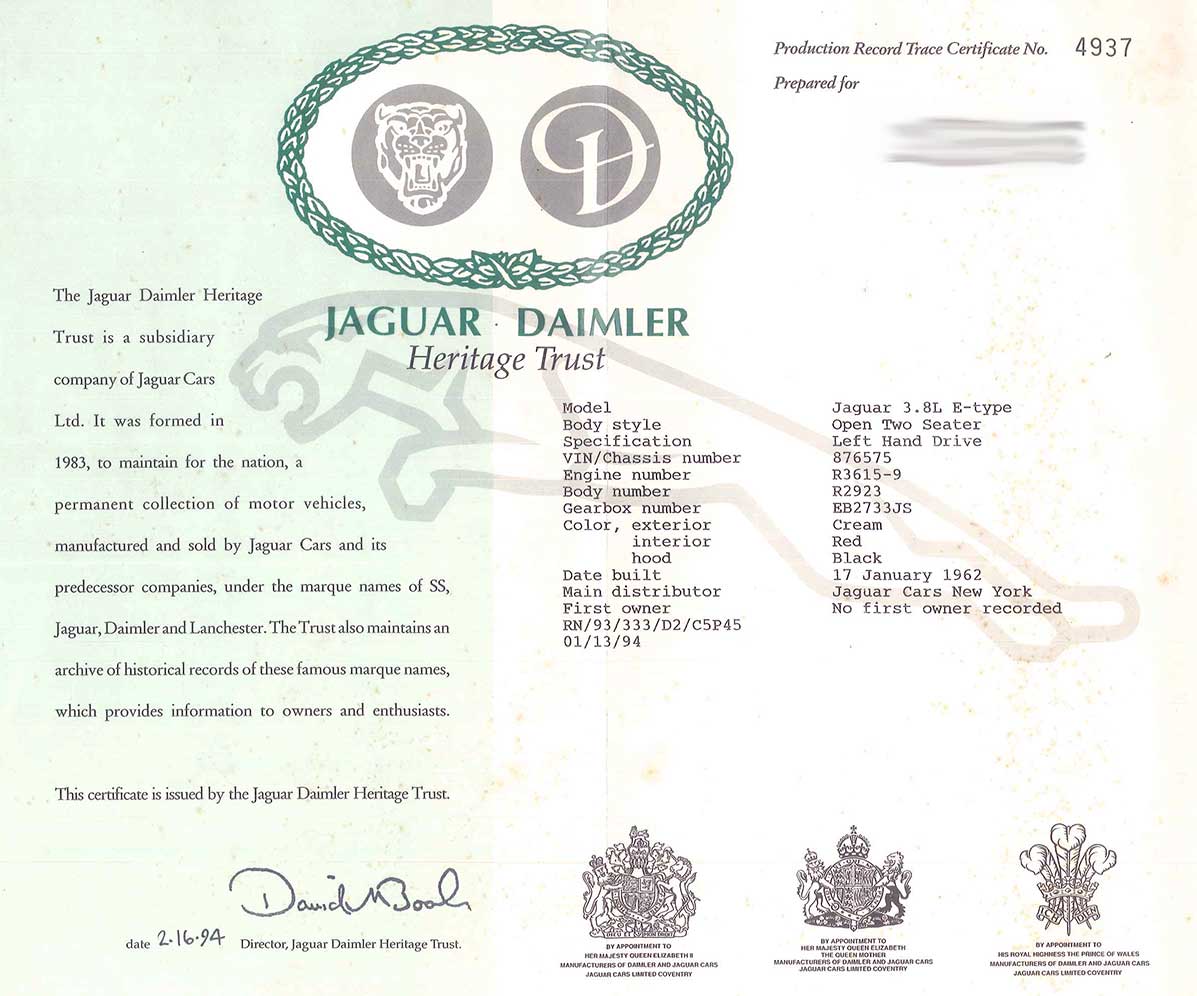