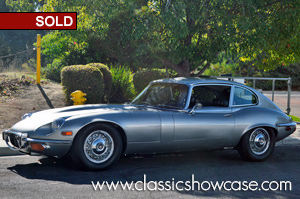 (SOLD) This 1971 Jaguar Series 3 E-Type 2+2 is a 2 owner from new original California Blue-Plate car, and a great high-end driver level example that is ready to be enjoyed now. The E-Type features an attractive exterior color of Silver, complimented by a sleek and tidy Black interior. The 1971 XKE V12 is one of the most sought-after of the Series 3 line of cars – with the later-produced 1971 models being the fastest of the Series 3 line of cars. The 2+2 was purchased when new by an airline pilot, who routinely maintained and serviced his pride and joy; pilots are known to be meticulous and dedicated to the maintenance of their vehicles like no other. He enjoyed the car for many decades before passing it on to his grandson, who judiciously kept up maintenance by having Jaguar Professionals at Carlsbad British Motorcars of Carlsbad, CA perform regular service to the Jaguar.

Classic Showcase recently acquired the E-Type from the family, and has performed numerous services, and aesthetic improvements to many facets of the XKE:

• Spot-painted some scratches and small scrapes
• Wet sand and buff car
• Cleaned, stripped, and caulked bonnet, then primered, painted, and clear-coated the inside of the bonnet

The car's body exhibits all of the curves and lines that XKEs are known for and is in good running and driving condition. The E-Type comes complete with a set of keys, owner's manual, and an extensive folder of receipts for previous work performed. This Series 3 example provides the new E-Type collector or enthusiast a great opportunity to enjoy one of Jaguar's most famous models that is packed with the look and performance that XKEs are known for. 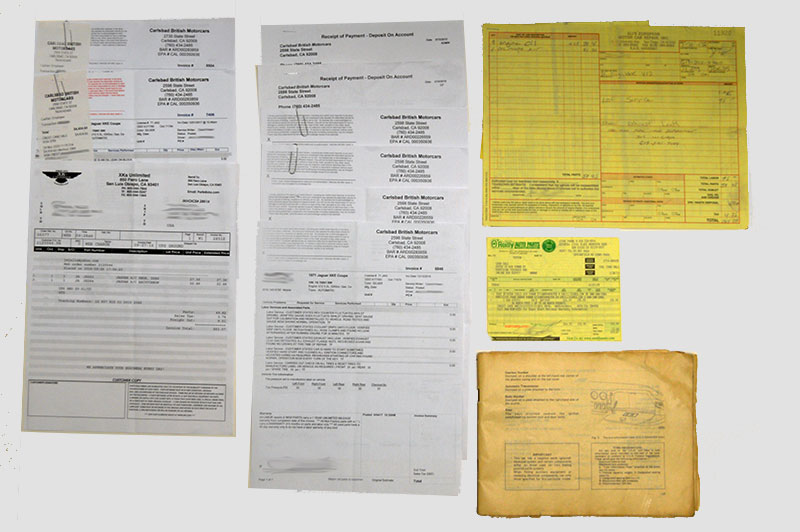