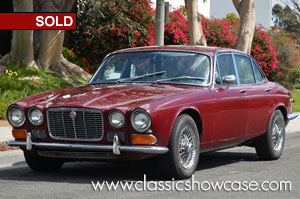 This 1973 Jaguar XJ6 was purchased by its most recent owner in 2018. During prior ownership the car was refurbished and enhanced, which included refinishing the exterior in Red, installation of 15″ chrome-finished wire wheels to give it a sporty British stance, modification of the 4.2-liter inline-six with a European-specification head and twin SU carburetors, and conversion to a four-speed manual transmission. Additional work is said to include overhauls of the front suspension and brakes, along with a rebuild of the motor, and equipment includes black leather upholstery, power windows, two-spoke steering wheel, and a Clarion radio.

The car was refinished in its factory Regency Red during prior ownership and comes with 15″ chrome wire wheels with Jaguar-branded knock-offs, with Primewell tires fitted at each corner. The interior has been previously reupholstered, and is trimmed in black, along with charcoal carpets and wood paneling on the dashboard. Smiths instrumentation includes a 140-mph speedometer, a tachometer with a 6k-rpm redline, a clock, and gauges for coolant temperature, fuel level, oil pressure, and battery voltage.

The 4.2-liter inline-six engine has been previously rebuilt, along with new rings, bearings, timing chains, and tensioners and fitted with European-specification aluminum hemispherical cylinder head along with twin HD8 SU carburetors. The factory automatic transmission was upgraded with a Jaguar four-speed manual transmission.

This XJ6 has been properly maintained by its previous caretakers, and is now scheduled for aesthetic and mechanical improvements to a higher level by our team here at Classic Showcase. The car comes with with three keys, a Paint Code Certificate issued by the Jaguar Daimler Heritage Trust, and service records for previous work completed. The Series 1 is the most collectible of the Jaguar XJ6 models, and this particular example is even rarer given the numerous enhancements already performed to the car. 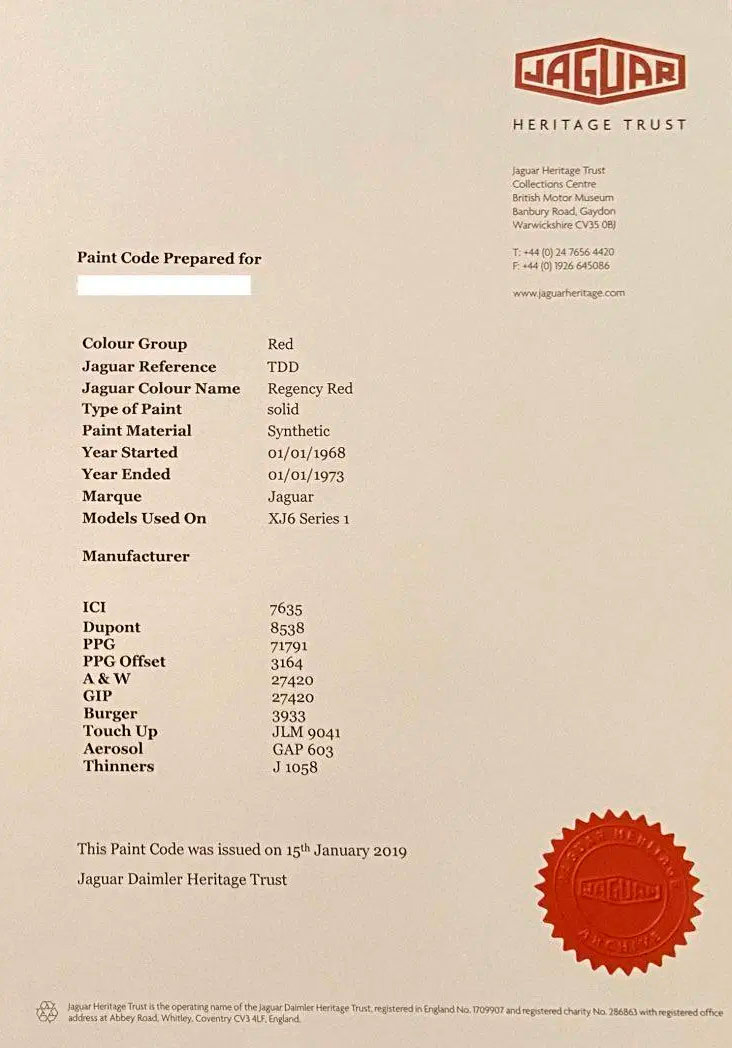