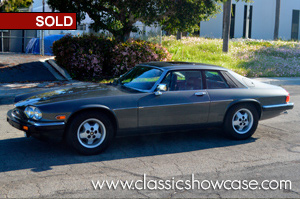 This numbers-matching 1987 Jaguar XJS Coupe is a great car to drive now and improve upon later as you wish. The car runs and drives fine now but would benefit from a fresh servicing. It is believed to be a 2-owner from new car and presents nicely in a Driver-level condition. The car is full of patina and highly original throughout and is believed to have had low original miles traveled. It has been regularly maintained while held in long-term ownership since the mid-1990s and is now ready for a new home. It features a 3-speed automatic transmission, and a number of options, including driving lights, a Trip computer, stock Jaguar-branded stereo system, factory air conditioning (that will require a servicing before use), power windows & door locks, and cruise control. The XJS also features a new set of Pirelli Tires, and new Brakes throughout. The Coupe features a unique color combination of Regent Grey with a Mulberry Red interior and a stylish wood-trimmed dash - which is showing some cracks (a fairly common occurrence on XJS models of this age), but still presents very well as seen in the pictures. In addition, the far corners of the interior’s headliner are showing some tears, and a small rear section would need to be glued up as a repair. The exterior of the car has some minor dents here and there, but not enough to detract from the car’s mostly solid body. The Coupe versions of these models have a truly distinct body design, are very spacious, and exhibit nice lines that run from the rear to the front of the car. Regardless of use, this example would be a fun car to drive on a regular basis but would greatly benefit from having aesthetic restorations services performed as previously recommended. The car includes its original owner's manual, a jack, a spare tire cover, as well a batch of registration receipts dating back to the mid-1990s. This XJS Coupe is priced for today’s market so that anybody can experience a true Jaguar classic. 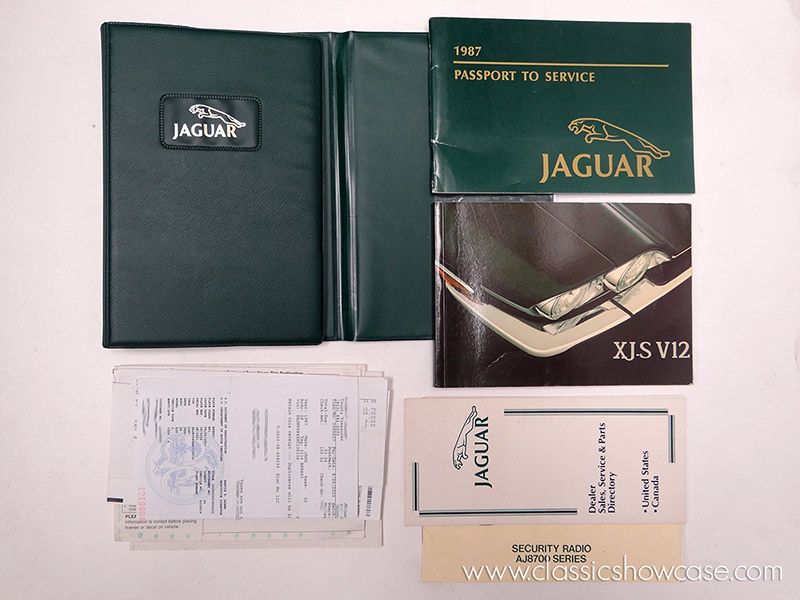 The XJS, a luxury grand tourer, was produced from 1976 to 1996. It superseded the E-Type (also known as XKE) in September 1975, and was based on the XJ saloon. It had been developed as the XK-F, though it was very different in character from its predecessor. Although it never had quite the same sporting image, the XJS was a true grand tourer aimed more at comfort and cruising, than spirited driving.