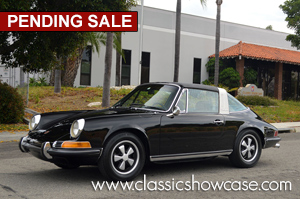 This 1971 Porsche 911T Sportomatic Targa is a spectacular example that had has minimal ownership and has always been a Southern California car since new. The Targa is powered by a 2.2-liter air-cooled flat-six paired with a 4-speed Sportomatic transaxle -which were used on select models from 1967 to 1980. It was born Gold but was later on restored with the engine out and windshield and Targa glass removed; it was then stripped to bare metal and repainted Black and the finish on the car today remains spectacular. The first owner had leased the car from a Southern California Porsche dealership, and then it was acquired by another Southern California owner. It was later acquired by yet another Southern California resident who drove the car for many years but decided to sell it after it had been resting in a garage for many years. The Targa then went to another Southern California Porsche collector, who commissioned the car to have its engine rebuilt by Alan Johnson Racing of San Diego, CA. In addition, he also had brand new leather seats made and installed and replaced all of the consumable parts you normally would in a restoration of this sort. The 911T’s most recent owner - a friend of ours - purchased the car and has owned the 911T for the last 6 years. Shortly after he purchased the Targa he took it to the Streets of Carmel car show in Carmel, CA, and won a trophy and wound up showing it at several other car events after. All of the previous owners of this example took excellent care of this spectacular Porsche. These cars were considered to be "deluxe" 911s, and higher in price compared to a standard 5-speed manual transmission, and included factory air conditioning. It comes with a Porsche COA, receipts going back to the earlier days of ownership, recent receipts, manual for the Sportomatic transmission and a detailed maintenance record book with stampings. This very stylish Black on Black 911T is a striking example that is ready to enjoy out on your favorite road or be shown at your favorite classic car event! 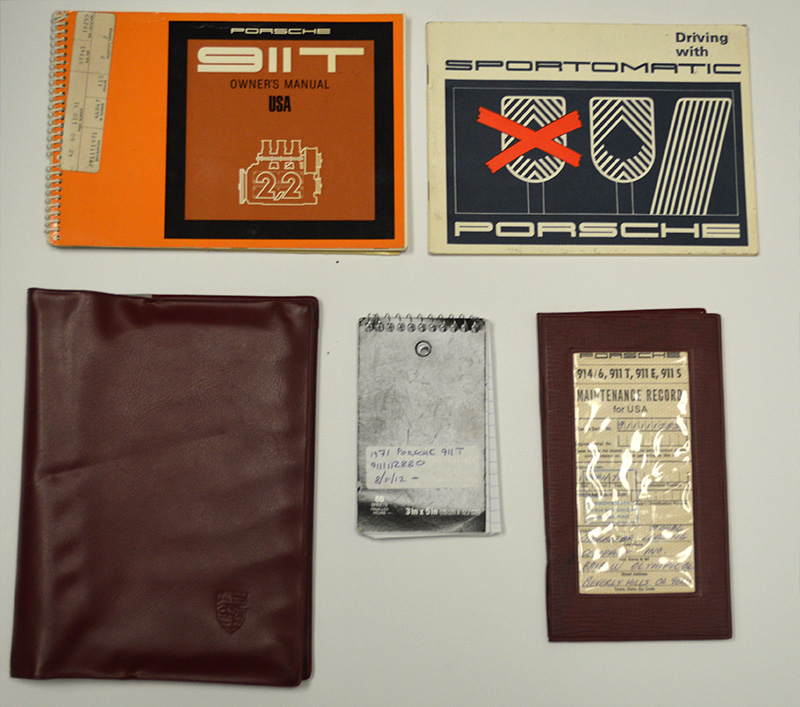 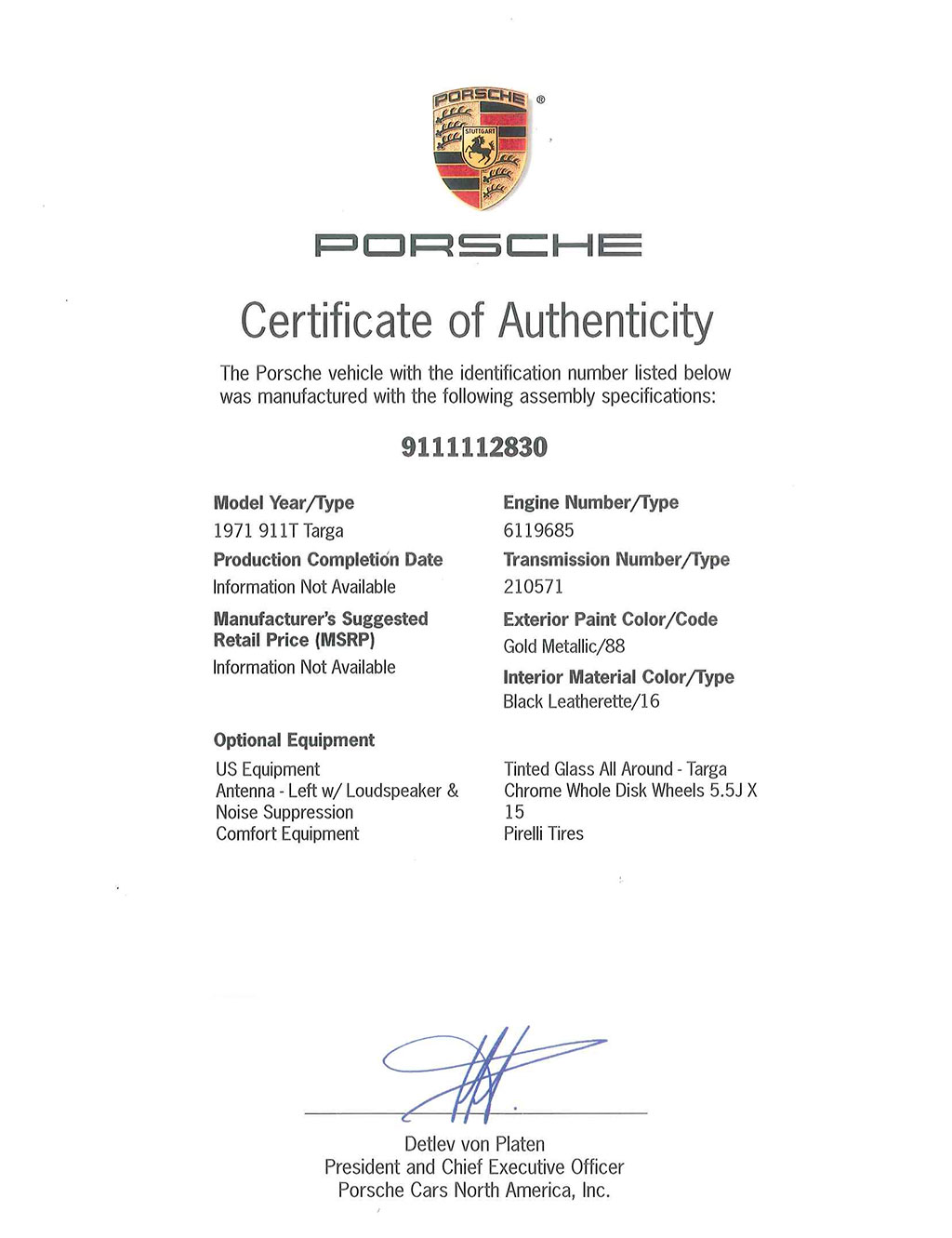