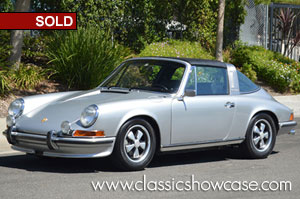 UPDATE 6/16/22: There is a pending sale on this vehicle...This 1972 Porsche 911 S Targa is an exceptional, original example and comes in a wonderful color combination of silver and black. The Targa was previously restored to a very high level by CPR of Fallbrook, CA, and is a highly collectible model. The car has held limited ownership and been kept under the care of Porsche collectors. It features mechanical fuel injection, rare factory Air Conditioning, a period correct Blaupunkt AM/FM stereo, Fuchs Alloy Wheels, a factory front spoiler, driving lights, and is an all-around great looking example. Classic Showcase performed a comprehensive servicing of the vehicle in the Spring of 2022, and the car comes complete with owner’s manual, books, and other documentation. A rare and notable feature on this example is an external oil tank filler, which made adding oil to the car an easier affair; this oil tank filler is an exclusive addition to 1972 911 examples and was discontinued the following year. The 911 S was also significant in that it featured a 2.4-liter engine - the largest engine displacement offered by Porsche at the time. This 911 is clearly a very special and well-maintained example for the truly discriminating Porsche collector and enthusiast! 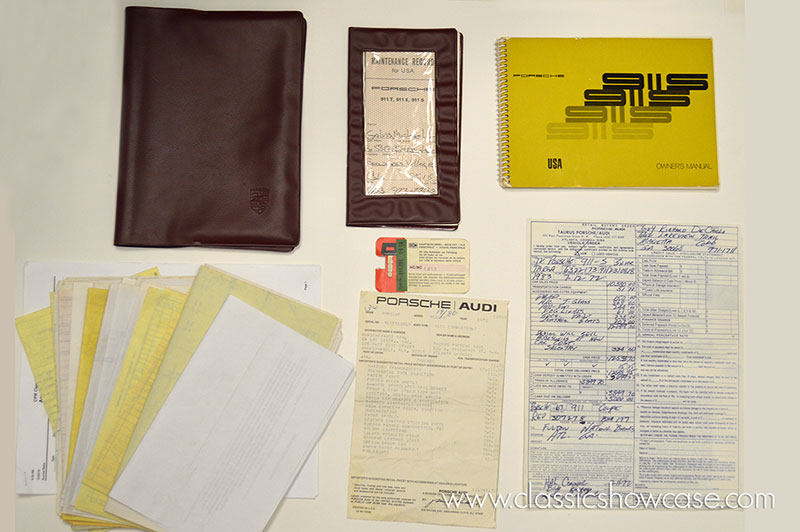 By the time the fourth and final-series 356 model (called the “C”) debuted in 1964, Porsche’s next model series, the 911, was quickly being readied for production. The new Porsche retained the rear-engine layout and a unit-body chassis, but a smooth two-liter, air-cooled flat-six replaced debuted, mated to a four- or five-speed all-synchromesh gearbox. The 911 was introduced at the Frankfurt Auto Show in September 1963 and while bearing a strong familial resemblance to the outgoing 356, it was at once more powerful, quieter, smoother, and more spacious. The 911 body was functional and breathtakingly attractive in an ageless design that has remained remarkably unchanged right up to the upcoming “991” generation of 911s for 2013. Continuous development has kept the 911 at the leading edge of sports cars and its virtually countless victories have made it the car of choice for serious racers worldwide. 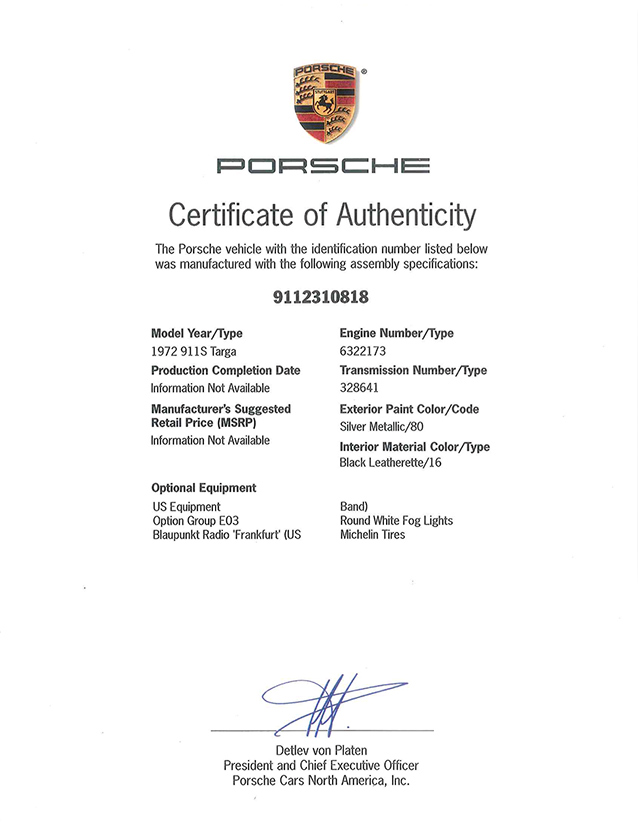