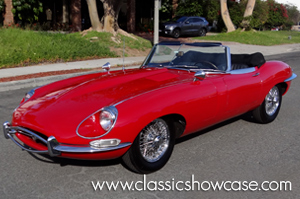 This numbers-matching, late 1967 Jaguar E-Type Series 1 1/4 is a 2-owner from new car and presents very nicely as a high-end Driver level example. The roadster’s ownership history is well documented and shows the car was originally delivered to its first owner on April 27th, 1967, and stayed under his care for nearly 50 years before being purchased by its current owner in 2016. The Roadster has been well cared for since it departed the dealership in 1967 and is now ready for a new home. If you are a collector that is looking for the perfect example to elevate to a higher level, this E-Type would make a truly great candidate for a comprehensive restoration, where it could be taken to a much higher, show-worthy level capable of competition at your favorite Concours event. Regardless of use, this 1967 example is full of the desirable styling and grace these models are known for, and XKEs in this fine, original condition are getting increasingly hard to find; don't miss this opportunity to experience what only a Jaguar E-Type can deliver! The XKE comes complete with an owner's manual and Jaguar Daimler Heritage Certificate of Authenticity.

The Jaguar E-Type Roadster presented here is a late 1967 model, and is one of the few Jaguar E-Types that are today popularly known as Series "1 1/4" and "1 1/2" cars, as they utilize the open headlight bonnets but are otherwise are very similar to the Series I cars retaining the very favorable 4.2 liter engine. Inspiration from the D-Type is unmistakable, as the Jaguar E-Type had a monocoque passenger compartment, a tube framed engine bay and a tilting hood. The XKE had four-wheel Dunlop disc brakes with the rear discs fitted next to the differential to reduce unsprung weight and, most importantly, fully independent suspension on all four wheels. 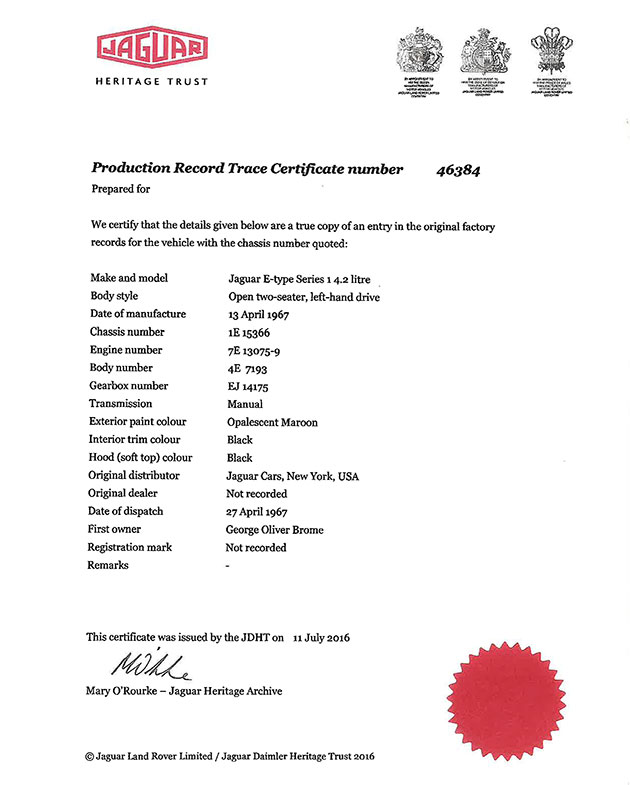