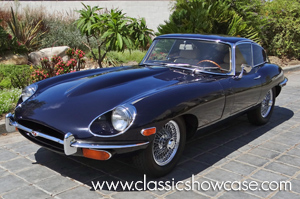 This 1970 Series 2 Jaguar E-Type is a two-owner from new numbers-matching example that features an exceptional color combination, stands in great running and driving condition, and includes a documented, detailed history of ownership going back to 1970. The XKE has been a western states car it’s entire life, where it was originally ordered and purchased by a gentleman in the Pacific Northwest state of Oregon from Henley’s Limited of London, England with a dispatch date of January 28, 1970. The Coupe was then shipped from London to the States, where it’s first owner enjoyed the car through the early 70s before it’s 2nd owner in the San Diego region of Southern California took ownership of the XKE in 1974. Its most recent owner has taken great care of the XKE over the years, and the car includes a collection of Oregon and California DMV records, several maintenance records, as well as documentation from the Coupe’s original order and delivery in 1970!

October 2022 update: Our in-house master trimmer has fully restored the XKE's seats and center console, while our team of master technicians performed comprehensive servicing, tuning, and sorting of the car. The E-Type is in wonderful running and driving condition, and is now ready to enter the next chapter of its life. The XKE comes complete with it's original Jaguar Owner's Manual/Handbook, JDHT certificate of authenticity, DMV records from the 1970s to 2022, along with other original documents from the early 70s. 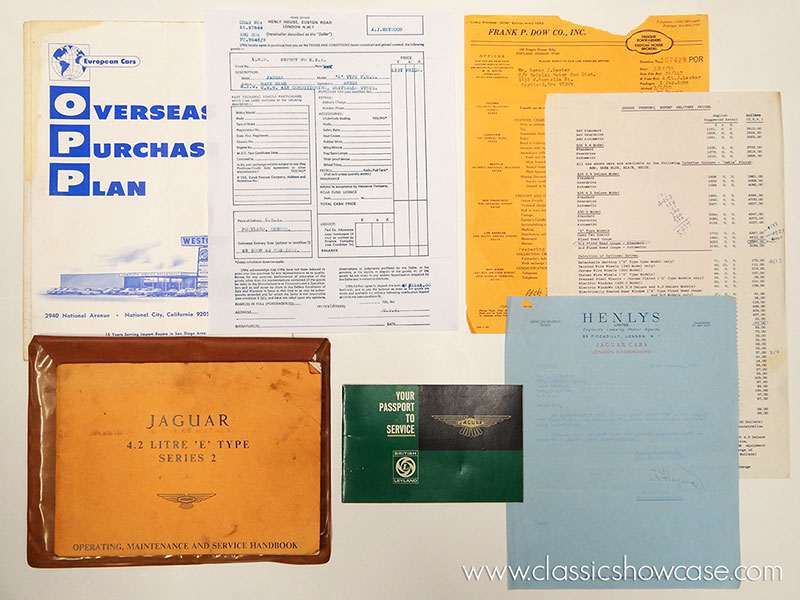 Over time, experience and worldwide demand dictated many changes in the sublimely beautiful Jaguar E-Type. This culminated in 1968 with the introduction of the Series II, a substantial redesign that foreshadowed the final Series III V-12 that eventually debuted for 1971. Federal regulations in the U.S.A., Jaguar’s most important export market, drove some of the Series II changes. This included revised lighting and the shift to a pair of carburetors in place of the earlier triple-carb arrangement. The well-proven 4.2-liter inline six-cylinder was little changed, although a higher-capacity water pump helped the E-Type adapt better to warmer climates. Braking was improved as well, with larger Girling disc brakes utilizing three-piston calipers at the front and two-piston units at the rear. Inside, more comfortable reclining seats with adjustable headrests were now standard. The Series II revisions marked the maturation of the landmark 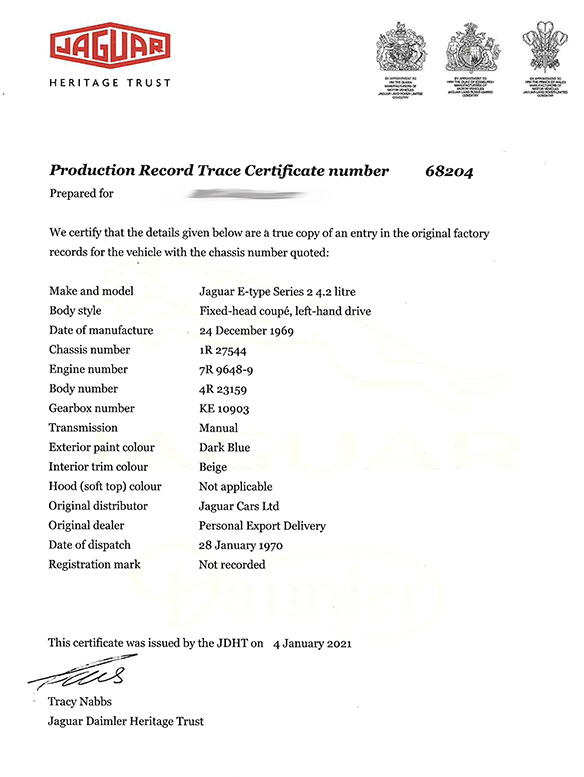