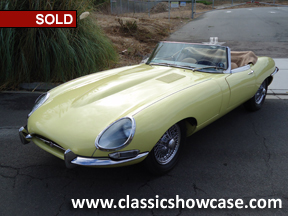 (SOLD) This early 1964 XKE OTS with matching numbers was part of a private collection of cars. The car was restored by the previous owner at great expense with some documentation which will be supplied to the new owner. The restoration was performed about 12 years ago and the car has been sitting since 2009 because the previous owner had passed away. During this high level driver restoration the car was stripped to bare metal, completely repainted, with a new interior installed as well as the top. During the restoration process new tires and wheels were installed and the bright work was re-plated. There is a radio blanking plate in the car. The vehicle has a new stainless steel exhaust system, new wire loom, new shocks front and rear, new hydraulics, new cooling system, the gas tank was taken out, hot tanked, epoxy sealed, and painted. The engine has been rebuilt and an auxiliary fan was installed. Classic Showcase has serviced and prepped the vehicle to be driven. This early XKE is a nice driver that is very collectable, and would make a good investment.

All 1964 E-Types featured independent coil spring rear suspension, and with torsion bar front ends, and four wheel disc brakes, in-board at the rear, all were power-assisted. The Series 1 can be recognized by glass-covered headlights (up to 1967), small "mouth" opening at the front, signal lights and tail-lights above bumpers and exhaust tips under the number plate in the rear. The 3.8 liter cars have leather-upholstered bucket seats, and an aluminum-trimmed centre instrument panel. This Jaguar is the early Series I E-type 3.8 Roadster. It has a 4 speed transmission, covered headlights, toggle switches on the dash, and the early-style bucket seats. It was a great candidate for restoration before we restored it. 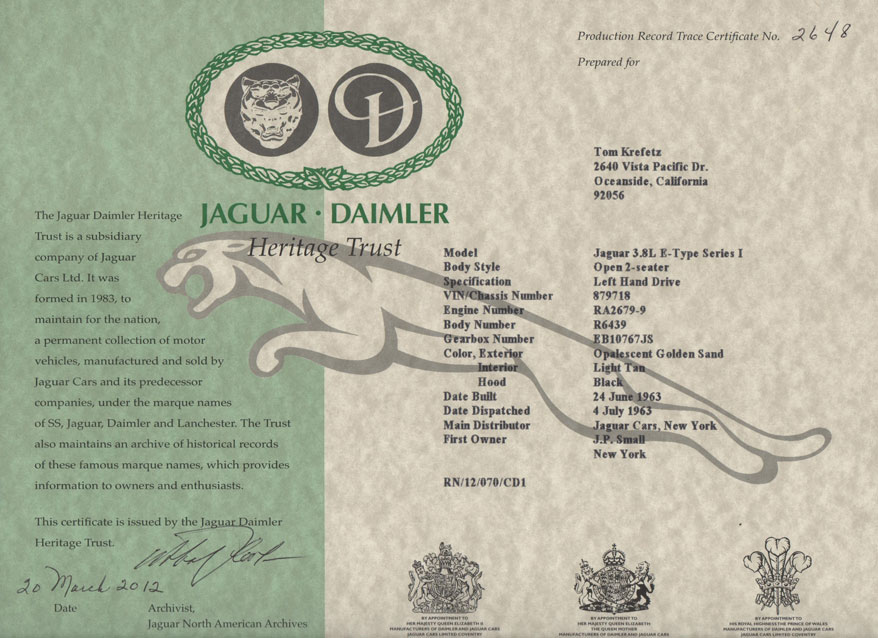